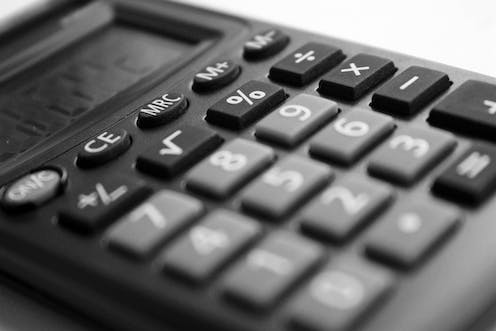 Might government benefits, and government employment, be a self sustaining machine – one in which those who benefit from government payments deliver the votes needed to ensure they continue?

It’s a proposition seriously put forward by researchers at the Centre for Independent Studies in a new paper entitled Voting for a living: A shift in Australian politics from selling policies to buying votes?[1]

The paper argues “there are now so many beneficiaries of government largesse that they may constitute a political force strong enough to bias policy outcomes”.

It also says “when the number of public sector employees is added, there is a clear majority of voters benefiting more from government than they contribute.”

The authors reckon they’re on to something.

They use Australian Bureau of Statistics data[3] to conclude that “the emergence of a large segment of the population that may in a sense ‘vote for a living’ could help explain much that has gone awry with public policy”.

Amplifying their argument in a column in the Australian Financial Review[4], they ask whether the government’s decision to abandon raising the pension age was “an example of what may happen in a democracy when an increasing majority of its voters receive net benefits from government […] while only a diminishing minority is left to pick up the net tax burden?”

A new idea it is not

The argument has been around for a while.

In August 2016, then treasurer Scott Morrison[5] told us “more Australians are likely today to be net beneficiaries of the government than contributors – never paying more tax than they receive in government payments”.

He spoke of “a new divide”, between the taxed, and the taxed-nots.

The Heritage Foundation in the United States has argued there is a divide for a decade or more. And the argument goes back further, to the first half of the 19th Century and the American politician and political theorist John C, Calhoun[6].

But it is based on a misunderstanding.

The ABS stats do indeed show that close to half of the population receives more in cash benefits than it pays in income tax[7].

If benefits in kind such as education and health care are included, and also indirect taxes such as the goods and services tax, the proportion climbs to 70-80%, at any point in time.

But it isn’t the same 70-80%, and it is unconnected to the size of government and the progressivity of the tax system.

To clear up some myths and misconceptions, the Tax and Transfer Policy Institute at the Crawford School at the ANU published a detailed policy brief[8] on the idea of “taxed-nots” in 2016.

Strikingly, it showed that a country’s share of “taxed-nots” was unrelated to its level of direct taxes and social security spending.

Australia’s 50% share of “taxed-nots” was similar to the share in the United States, and in New Zealand, and in Sweden – countries each of which have very different tax and spending systems.

The tax take has little to do with it

Korea and Denmark both had low shares of “taxed-nots”, at under 40%, but Denmark’s spending and tax was seven to eight times Korea’s.

The reason the share of “taxed-nots” has almost nothing to do with the level of spending or tax is that (as long as the budget is roughly balanced), by definition, the population on average has to pay zero net tax.

It is also not relevant how progressive the tax and social spending systems (that take less from low earners and give more to low earners) actually are.

Read more: FactCheck Q&A: does Australia have one of the highest progressive tax rates in the developed world?[9]

Imagine a country in which everyone paid a flat poll tax, and the only spending was on goods with shared benefits, such as defence and public order.

In such a completely non-redistributive system, 100% of the population would be zero net taxpayers.

Far from being unusual or unsustainable, a situation in which a majority of taxpayers pay no net tax is close to unavoidable.

And the taxed and taxed-nots change places.

The recent Productivity Commission inequality report[10] found more than one third of Australians spent at least one year in the richest 10% of the population between 2001 and 2016.

Almost nobody stayed in the same income group for his or her entire working life.

Read more: Don't believe what they say about inequality. Some of us are worse off[11]

The concept of the “taxed-nots” or “net benefit recipients” sounds scientific, but isn’t a meaningful guide to anything very much.

This doesn’t mean we can’t work to improve our tax and spending systems.

But it does suggest if we want to improve them we need to be clear about how they work.