We like to think our purchase decisions are based on rational calculations and facts, but we know they are often driven by emotions, too. When we splurge on nice food, clothes or electronic gadgets, are we really thinking in terms of cost and benefit, or are we responding to stress, frustration, happiness or excitement?

The same can be asked of financial markets. The famous “efficient markets hypothesis” argues that stock prices are driven by rational calculations. But traders are human and humans are affected by emotions. Do these emotions feed through to the stock market?

Studying this question is difficult because people’s emotions aren’t observable. While emotions do manifest in observable actions, many such actions (aggressive behaviour or language, for example) are not captured by any data.

But what if there was a way to measure the overall mood of a country and relate that to the behaviour of financial markets? In the age of Spotify, this has become a real possibility.

Our research[1], published in the Journal of Financial Economics, uses the music people listen to as a measure of national sentiment affecting market behaviour. It builds on the concept of a “mood congruence” — that people’s music choices reflect their mood (sad songs at funerals, happy songs at parties and so on).

Spotify provides aggregated listening data[2] across a country, as well as an algorithm that classifies the positivity or negativity of each song. Using these inputs, we calculate “music sentiment” — a measure of a country’s sentiment as expressed by the positivity of the songs its citizens listen to. 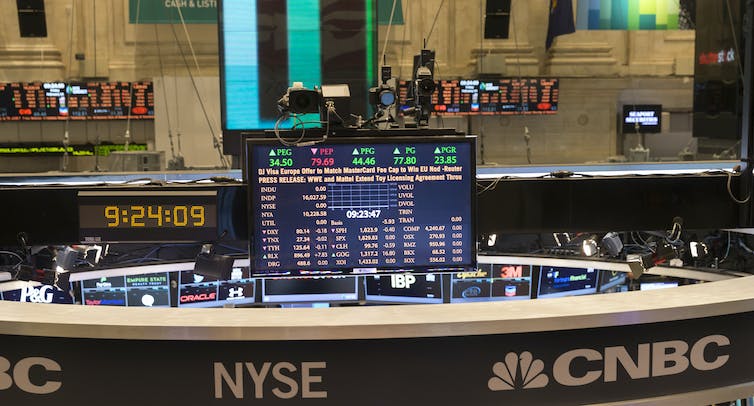 How is sentiment usually measured?

Investor sentiment is often defined as the general mood among investors regarding a particular market or asset. While this definition is widely accepted, it’s challenging to construct a pure measure of mood that isn’t complicated by economics.

Rather, the rise could be a rational response to an improvement in the business and employment conditions the index is based on. One alternative, then, is to look for other “mood proxies” as viable indicators of national sentiment.

Read more: Your Spotify history could help predict what's going on with the economy[3]

Previous research on investor sentiment has used shocks that affect the national mood but not the economy, such as the results of major sports tournaments[4].

However, other factors may affect mood – a country could lose a sports game but also enjoy falling COVID cases. Hence our proposed alternative way of capturing the mood of individuals using national Spotify data.

One concern with music listening data is that people may choose music to neutralise their mood rather than reflect it — listening to upbeat music to cure a downbeat mood, for example.

We show this is not the case. Music sentiment is more positive during sunnier and lengthening days. Research has already shown[5] these to be high mood periods, as are those times when COVID restrictions are lifted.

Read more: Mood swings and the market: how to understand irrational investor behaviour [6]

The novelty of our study, therefore, lies in finding a measure that reflects national mood. A citizen’s music choices reflect their mood regardless of what caused it — soccer results, COVID cases or anything else. 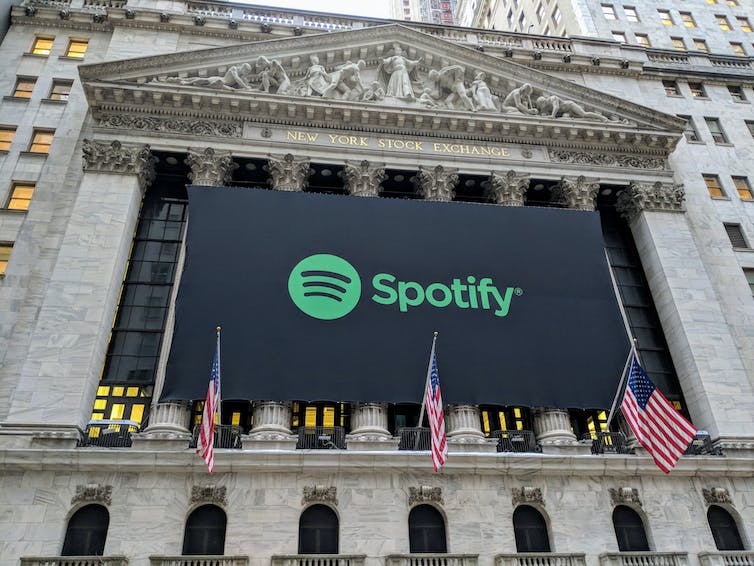 Linking our sentiment measure with the stock markets, we find that higher music sentiment is associated with higher returns to a country’s stock market during the same week. It also leads to lower returns the next week, suggesting the initial reaction was a temporary one driven by sentiment.

One might argue these results show only a spurious correlation, similar to the “Superbowl effect” where the identity of the Superbowl winner predicts US stock markets, even though there is no rational or behavioural reason for that.

Read more: It's the 'vibe' of the thing: the critical art of measuring business and consumer confidence[8]

But we show our result holds across 40 countries and is not driven by a couple of outliers skewing the data. We also show the result is robust across asset classes. While our main results consider stocks, we also find high music sentiment is associated with greater purchases of equity mutual funds.

High music sentiment is also correlated with lower returns to government bonds, indicating that investors switch out of safe bonds into risky stocks.

The point of our study is not to uncover a profitable trading strategy. We do not suggest investors should calculate music sentiment and use it to predict the stock market.

Instead, using a novel measure that reflects national sentiment and is available in 40 countries, we want to show emotions affect the stock market. This suggests investors should be wary of their own emotions when making investment decisions.

Read more: From tulips and scrips to bitcoin and meme stocks – how the act of speculating became a financial mania[9]

Our findings also imply that sentiment rather than fundamentals could drive rising stock prices – of electric vehicles or artificial intelligence products, for instance. Therefore, investors should be wary of buying into a bubble or selling in a crash.

Moreover, this study demonstrates the power of big data to reveal aggregate ongoing sentiment. Unlike sporting events, which are infrequent, music is enjoyed everywhere all the time. Being a universal language, music enables us to construct a comparative measure of national sentiment, in real time, around the world.