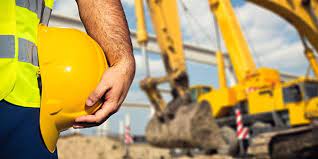 Demand for earth moving equipment like excavators and Bobcats (which is really a skid-steer and posi-track loaders which get their name from the manufacturing company, Bobcat) has grown tremendously. Because of this rise in demand, a lot of contractors have come to realize that excavator hire can an alternative and versatile solution for various types of projects.

When it comes to clearing land, digging and other excavation services, two of the most renowned earth moving machines are excavators and bobcats. These two are extremely effective and can be used in a variety of applications. There are situations where hiring an excavator is better than choosing a bobcat.

Before you go any further, you need to understand the conditions of the job site and consider which piece of equipment will conform to limitations.

You could be clearing space to prepare the job site and then move to installing utilities; performing demolition and removing debris. You could employ different machines to perform various tasks however, a lot of contractors often opt for compact machines   that can deliver performance and versatility on any job site. Excavators are good for that. However, when space is a limitation or when the job calls for light lifting, bobcats are more suitable.

When is hiring an excavator instead of a bobcat a good idea?

The growth of urban landscapes means that there is less space. For large construction machinery, this is why earth moving machines have become smaller and lightweight. Compact excavators can deliver superior power and maneuverability on job sites.

They come with an array of attachments. These offer greater capacity to perform a variety of duties. These machines can be used for heavy-duty tasks like trenching, large-scale ripping, back filling or rock-breaking. While Bobcats are good to use for confined spaces, they aren’t particularly good at handling heavy duty tasks.

There are a number of reasons why renting an excavator may be a good idea:

Bobcats are small and best suited for work in places where space is limited. Excavators, on the other hand trade maneuverability for significantly greater power. They are indispensable for major constructions, trenching, landscaping and demolition.

Suitable Projects for an Excavator

Most construction activities require digging or moving heavy loads around. Excavators are suited for exactly that but, they can also handle other operations beyond those.

Swapping the excavator's bucket with different attachments such as augers, hammers, compactors, couplers, and rippers powers the mover to serve other purposes. You get the idea, right? Now, let's look at some of the projects excavators can handle, but first, we explore the different excavator types.

Different sites demand different types of excavators, and this is well-defined by the variety of excavators available in the market.

Vacuum excavators use suction force to break down and remove material or heavy debris from a surface. Vacuum pressure is first applied, then suction is then done to clear the broken down material. The excavator is well-suited for delicate areas such as pipeline environs.

The long reach is an excavator whose arm is extended as a modification to perform its suited operations. It is commonly used in demolition projects, digging wells, and working rivers.

A crawler excavator has a chain track that makes it easier to move around land and execute its variety in functions. It is adapted to earth moving, digging, lifting, loading, and mining.

Projects Where to Use an Excavator

Here are some of the projects where excavators are deployed.

Earth moving is arguably the most popular application of excavators - an indicator of what many excavators primarily do. It encompasses groundwork activities like grading land, digging trenches, clearing land, and preparing land for foundation laying. The bucket, one of the common excavator attachments, is the primary tool used for this work. Its scoop-like structure and teeth-like extensions are adapted for earth moving.

Construction is more of a process than an activity, and during the development of infrastructures such as bridges and roads, there is a need for excavators. The excavator is used to perform support operations for some of the many operations involved in the construction activities.

Some of these operations include laying foundations, ground digging, and rock breaking. The coupler, rock breaker, clamp, bucket, auger, and grappler constitute just a few among the many attachments used in infrastructure construction.

Demolition can be considered as part of activities in construction or double up as an independent project. The client's requirements determine where demolition is classified. Demolition typically uses specific excavator attachments to knock down unwanted or old structures and clear the ground for alternative purposes. The essential excavator attachments for demolition activities include hydraulic hammers, hydraulic thumbs, crushers, excavator magnets, and pulverisers.