En route to this year’s G7+ Summit[1] in the UK, Australia’s Prime Minister Scott Morrison yesterday delivered a speech in Perth on “A world order that favours freedom[2]”.

He spoke of “Australia’s preparedness to withstand economic coercion in recent times”. As “the most practical way to address economic coercion”, he called for reform of the World Trade Organization, particularly “the restoration of the global trading body’s binding dispute settlement system”.

It wasn’t hard to work out what – and who – he was talking about: China.

But Morrison faces a conundrum in his pitch to reform the WTO to resolve trade disputes with China[3], which has blocked or restricted Australian exports[4] of beef, wheat, lobster, timber and coal, and imposed high tariffs on barley and wine.

But it isn’t China that has undermined the role of the WTO as the global mechanism for settling trade disputes peacefully through agreed rules and procedures.

The blame for that rests with the United States, which under the Trump administration effectively rendered the organisation’s appeals process[5] inoperable.

By emphasising China’s economic coercion and using it to appeal to the US and others to reform the World Trade Organization, the Morrison government is playing a risky game. It may be squandering an opportunity to engage more constructively with China on common interests.

As diplomatic relations between China and Australia deteriorated over the past 18 months – fuelled by things such as Australia leading the call for an independent investigation into the origins of the COVID-19 virus – China’s trade restrictions on Australian imports escalated.

Read more: Why the Australia-China relationship is unravelling faster than we could have imagined[6]

By December 2020 Australia was ready to make its very first complaint against China to the WTO[7] – over China’s five-year 80.5% tariff on Australian barley. The Morrison government is now contemplating a second WTO complaint[8] over China’s tariffs of as high as 200% on Australian wine. 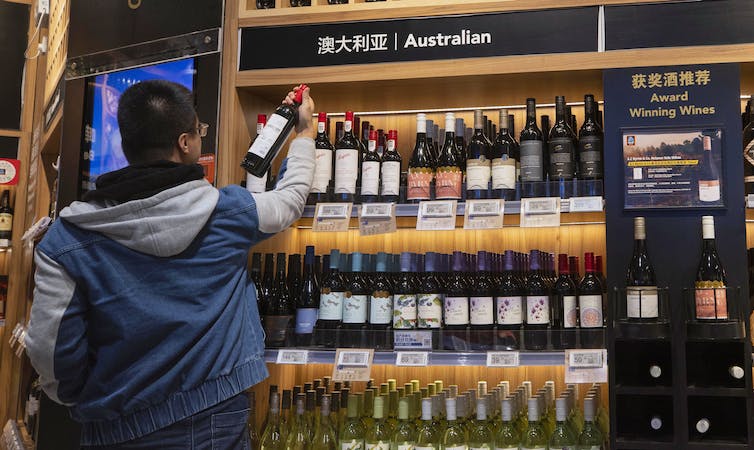 The WTO established a panel to review the barley tariff in May.

Even if Australia does win its case, it faces the uncertainty[9] of how long China takes in acting on the WTO ruling.

But before that is the problem of the WTO making a final ruling.

Like other court systems the WTO has an appeals mechanism, known as the Appellate Body. The Appellate Body is meant to have seven members, and requires a quorum of three judges to hear an appeal. Members are appointed to four-year terms. Appointments require all of the WTO’s 164 member nations to agree.

The US, however, has blocked every appointment and reappointment over the past four years or so. Now the Appellate Body has no members. So no dispute taken to the WTO can be resolved if one of the disputing parties appeals.

If Australia does win its case against China, and China appeals, the dispute will remain in limbo[10] until the Appellate Body can hear that appeal.

Read more: Taking China to the World Trade Organisation plants a seed. It won't be a quick or easy win[11]

On this issue, Australia and China have a shared position. In 2018, for example, they joined forces[12] with other countries to push for the appointment of Appellate Body members.

They also have common interests on some other reform issues in trade that Morrison mentioned in his speech, such as the digital economy and environmental sustainability. Reducing pollution from trade in plastics[13] is an example.

Morrison’s speech, however, tended to highlight the differences rather than shared interests in the international trading system.

“We are facing heightened competition in the Indo-Pacific region,” he said. “We know that because we live here. The task is to manage that competition. Competition does not have to lead to conflict. Nor does competition justify coercion.”

Read more: What a Biden presidency means for world trade and allies like Australia[14]

Need for a dual strategy

Morrison’s speech did acknowledge the need for “all nations to participate in the global system”. Australia, he said, “stands ready to engage in dialogue with all countries on shared challenges, including China when they are ready to do so with us”.

But Australia’s national interest demands more than just standing ready. The government needs to do the proverbial walking and chewing gum at the same time.

Though its primary motivation for WTO reform may be Australia’s trade disputes with China, it cannot ignore the need to promote that reform through engaging and collaborating with China, now the world’s biggest economy and Australia’s most important trading partner[15] by far.

This won’t be easy. There are some big differences that separate China from Australia and its allies. The Chinese government is far more involved in its economy than the market-based ethos that drove the establishment of the World Trade Organization in the first place.

Negotiating these differences peacefully will require delicate conversations over the boundaries of trade law and policy. That will be impossible in an environment of mutual distrust.

Any WTO reform will need China on board[16].

Finding common ground on reinstating a reformed WTO Appellate Body could be a starting point for tempering this lack of trust. It could pave the way for the two nations to de-escalate and move closer to resolving their disputes.