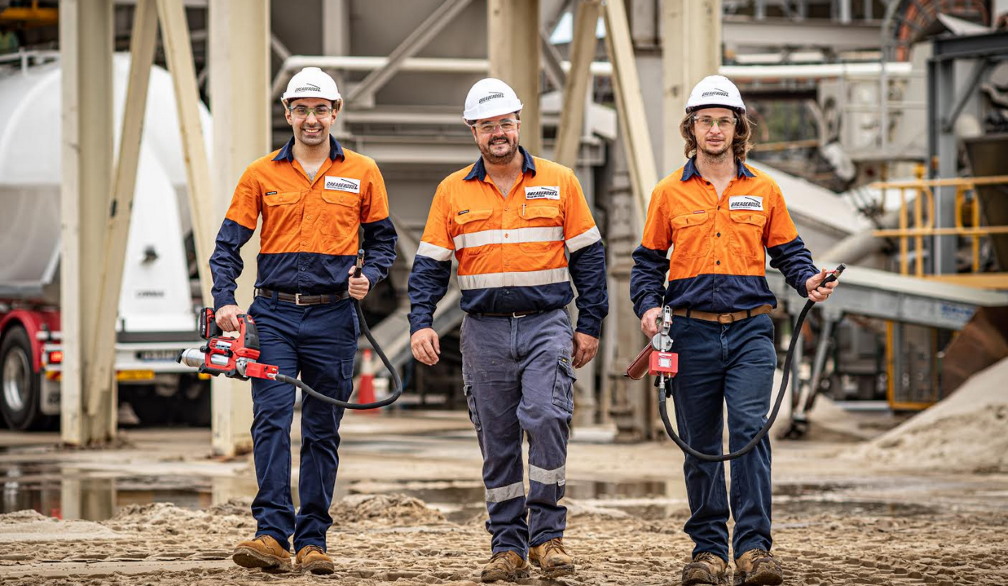 Among 17,000 global applications Greaseboss was the only Australian company selected to join Y Combinator’s program that helped launch Airbnb, Doordash Dropbox, Stripe and Twitch and plans to close its seed financing round and conduct its global sales launch.

GreaseBoss co-founder and CEO Steve Barnett: “Six months ago a group of us came together with the idea of finding a way to better track and trace the greasing that can hold up production at major industrial operations. For Greaseboss to be the only Aussie start-up selected is a huge win for us and we could not be more excited.”

“To be selected for Y Combinator’s prestigious program gives us an entry point to the US market and allows us to accelerate our seed funding round.”

Investors who have already signed up to Greaseboss’ seed funding round include Trent Bagnall’s The Melt and Brent Watt’s 77 Partners.

"One day, technology will allow industrial sites globally to be 100% productive, environmentally friendly and safe for all workers, and GreaseBoss is the key to unlocking that potential at the equipment level,” said Brent Watts, Founder and Managing Partner at 77 Partners. "Enabling maintenance teams to keep heavy machinery lubricated and moving at all times helps a myriad of operations, from mining and material processing to property and construction to utilities and agriculture. As an investor in high growth ventures, we look for founders and solutions that can scale to markets around the world to create real value for all, and GreaseBoss is uniquely positioned to do just that as it ushers in a new era in smart industry."

GreaseBoss has also been awarded a $100,000 grant from the Queensland state government. Provided by the Advance Queensland Ignite Ideas Fund, it will help to launch the GreaseBoss product across Australia.

‘Unplanned downtime’ is the industry jargon for lost operation due to a piece of machinery that has unexpectedly become unusable, often because it has not properly been maintained. The cost of unplanned downtime is estimated at a staggering $50 billion per year.

Surprisingly, despite the high costs involved with machine failure, the industry still contends with the challenge of unschedule downtime regularly. Even though heavy machinery is built to last, there is often no way of checking whether grease has been injected where it needs to be, typically through special ‘nipples’ placed around the equipment. Compounding the issue is that maintenance procedures like regular grease application are prone to human error.

Barnett said that while the industry is grappling with inconsistent maintenance, technology is now helping to create previously unobtainable efficiencies:

“It is not a surprise that heavy machinery will sometimes fail. When we envision this, we imagine a particularly tough rock stopping a digger in its tracks or an excessively heavy load applied to a crane. The reality is that the vast majority of unplanned downtime is due to humans not correctly  maintaining the equipment 100% of the time. These enormous, expensive and vital pieces of equipment are brought down not by a giant iceberg like the titanic, but by a thousand smaller mistakes compounding over time into a big issue.

“What is surprising is that the industry as a whole has learned to accept this state of affairs. It is part of human nature to make mistakes, to miss a grease nipple or two on a maintenance round or to improperly apply grease in the haste to get the round done and get out of the heat, rain or snow. We put together an effective solution within just a few months and today are launching GreaseBoss technology into the hands of equipment maintenance teams around the world to enable safer, smarter and more productive industrial operations,” concluded Mr Barnett.