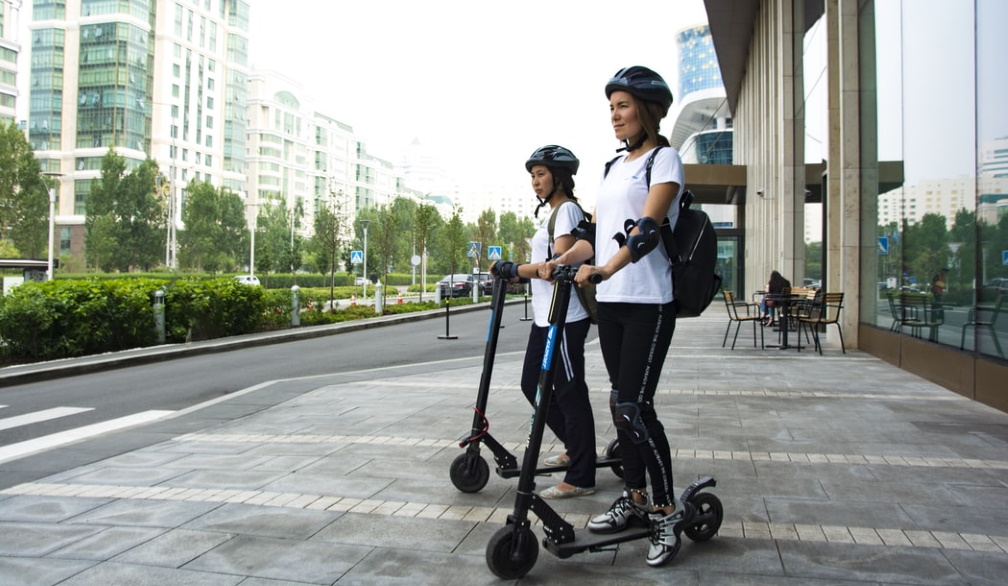 Electric rides are becoming widely known and used in Australia, now more than ever. The humble beginnings of electric vehicles began in 1832, when Scottish inventor Robert Anderson launched the first prototype of a crude electric carriage. This carriage was electric-powered and utilised a non-rechargeable battery called “primary cells”.

However, it wasn’t until the late 1890s when the first electric bike was patented. The 1990s gave birth to more modernized versions of the e-bike, and slowly began dominating the electric ride market in the 2000s.

The first concept of an electric scooter, on the other hand, was introduced as the “Autoped” in 1915. The foldable and gasoline-powered kick scooter resembled the modern e-scooters of today. In the early 00s, the traditional kick scooters were upgraded with lithium-ion batteries, and the company Inokim led the production of e-scooters in 2009. Since then, many electric scooter brands and manufacturers rose, thus contributing to its appeal and popularity.

These days, there is a variety of electric rides available and making waves in the Australian market. This article will serve as a mini-comprehensive guide on each one of them.

Officially kicking off this mini-guide are the electric bikes. Electric bikes, also commonly referred to as e-bikes, are generally bicycles that are powered by electric motors to gain momentum. The two kinds of electric bikes are the ones that are powered by a throttle (moped-style), and the ones that assist the rider’s pedal power (pedalecs). Both are legal in Australian roads, but with some limitations. You can refer to legal guides when it comes to e-bike laws and regulations.

The general idea of an e-bike is giving someone the ability to pedal around with less effort, making even climbing up hills and inclines easier, more enjoyable, and more comfortable. It also claims benefits like promoting a sustainable and greener travel, cost-effectivity, convenience,

Electric Scooters are made for those who want to get the full outdoor experience while being provided a comfortable means of transportation. Many Australians have enjoyed the manual kick scooters from years ago, but electric scooters dominate the sidewalks now.

With a simple press of a throttle, electric scooters can tackle traffic, inclines, and sometimes even rocky paths. Off-road electric scooters that are powered by 1000W or even 2000W motors are available in the market, but best check for their legality first!

Just like the electric bike, e-scooters have been providing greener transport alternatives for years now. However, some favor electric scooters as they are more portable, lighter, and easier to use. They also pose benefits like improvement in balance, boost in reflexes, cost-efficiency, and easy maintenance. It can also double as a great leisure activity that family and friends can do together.

Another type of electric rideables that’s making waves in the Australian market are electric skateboards or e-boards. Also known as powered skateboards, e-boards are electric rides that use very minimal energy. A single charge of these boards can take a rider distances of up to 50KM, depending on their riding style.

While the traditional skateboards were commonly known as “toys” that were only meant to se for fun, electric skateboards are now known as multi-functional electric rides. They aren’t just used for leisurely rides at the park, they are also utilized as alternative means of transport.

In 2020 alone, when the COVID-19 pandemic struck the world, e-rides such as the electric skateboard became effective modes to get from point A to B, while continuing to observe safety and health protocols.

Other Types of Electric Rides

Some other electric rideables that are available in the Australian market are electric unicycles, hoverboards, and electric mobility scooters.

From the name itself, electric unicycles (or EUCs) are self-balancing electric rides that have a single wheel. It can be controlled by the rider leaning forward, backwards, and steered by leaning and twisting side to side. In 2020, Inmotion along with other top manufacturers, introduced suspension models that ride smoother and more comfortably.

One of the most common questions people ask is this: are EUCs safe? Many have answered this question and it all boils down it one idea; it depends on the rider. Once a rider gets too complacent or inattentive about their electric unicycle, that’s when the danger might come in. Just like in any other electric rides, once you don’t pay attention to your ride and your surroundings once you’re on the road, than that is a time when you are unsafe.

However, it’s still ideal to refer to safety guidelines to educate yourself more.

Another form of self-balancing electric rides are electric hoverboards. Rather than the floating boards we used to see in the movie Back to the Future, real-live hover balance boards are more stylish, smarter in features, and safer.

An electric hoverboard consist if two wheels and a pad where the rider places their feet. They can control the e-ride by leaning forward, backwards, and change its direction by twisting the pads from one side to another. Overall, the e-hoverboard is also viewed these days as a more efficient way to travel.

Unlike cars or other public utility vehicles, the electric hover balance boards are one-time investments that require less maintenance and other cost. As the demand for this innovative electric ride grew, the lower their prices went. This makes them one of the most affordable means of transport out there, which you can with you everywhere, literally!

The last type of electric that we will be sharing in this guide are the mobility scooters. These reliable electric vehicles have been changing lives of many seniors, and those with limited abilities. Electric mobility scooters are designed like wheel chairs, but configured like e-scooters.

An ordinary electric mobility scooter can reach a range of up to 40KM at a single charge, and could reach a safe top speed of up to 12km/h. They can also be folded electric mobility scooters that are ultra-portable, and some even plane safe. These power scooters are easier to use and looks more stylish than wheelchairs, therefore making them popular among those who want to make the most out of assisted living.

These mobility scooters also tend to give them a sense of independence, as they are in total control of their electric ride. Electric mobility scooters can be operated by the rider alone, allowing them to go wherever they need and want to go. They are also able to participate more in social activities, giving them the chance to become productive members of society.

Because of this, sectors of the Australian government, like the NDIS, grant electric manufacturers licenses to provide electric mobility rides to those who need them most.

The future is undoubtedly bright for electric rides. With more and more electric rideable distributors and manufacturers emerging not just in Australia, but also in other parts of the world, it is safe to assume that electric rides are the future of transportation.

The positive impacts of electric rides aren’t limited to how convenient they have made other people’s lives—it also stretches out to the environment. This way, you are helping save the environment, while also saving yourself from high costs and hassles.

Without a doubt, electric rides will be a way for everyone to live sustainably and efficiently in the future. If there is one thing we are sure about, it’s that electric rides are here to stay!