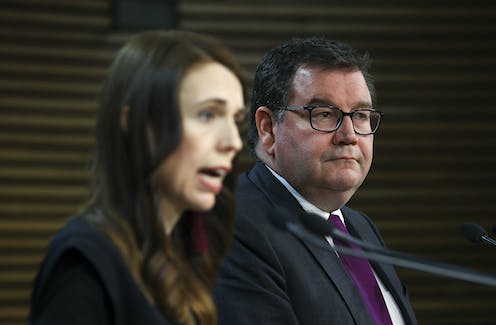 You would be hard pressed to find an economist who would argue against the merits of fiscal responsibility and controlling government debt. This is why it was so hard to believe the government’s rationale for a public sector wage freeze when it is already pouring upwards of NZ$50 billion[1] into the economy in response to COVID-19.

But fiscal responsibility and the need for “moderation and restraint[2]” were indeed the justifications for the proposed three-year freeze – or “restraint[3]” – on public sector wages over $60,000 (except in exceptional circumstances).

Responding to pressure from public sector unions and workers, the government has suggested[4] routine step-based pay increases could be applied more widely, the policy could be reviewed a year earlier and cost-of-living increases accounted for.

On the face of it, however, the policy would adversely affect approximately 75% of public sector workers, or about 15% of all workers in New Zealand.

Meanwhile, the vast fiscal stimulus package in response to the pandemic has helped keep businesses alive and workers in jobs. It has also driven up New Zealand’s debt-to-GDP ratio[5] and is hardly the work of ideological slaves to fiscal responsibility.

At some stage the public debt will need to be paid off by increasing taxes and/or reducing government spending. But nobody would argue the economy is out of the woods yet, so the public sector wage policy was something of a mystery.

Reducing the real incomes of 15% of the labour force would have a significant negative impact on spending. This, in turn, would work to counteract the benefits of the stimulus spending in the first place.

It would also likely have other unpleasant consequences once those affected made their own decisions in response to their changed circumstances.

The government has signalled[6] its proposed wage restraint was part of a bigger drive to increase the relative well-being of those on lower wages and improve the lives of poor and disadvantaged Kiwis.

As part of this, the minimum wage has increased by 30%[7] over the past four years. But while this has undoubtedly gone some way to raising the standard of living of those on low wages, relative to those on higher wages the gains are likely to be offset by other forces.

The labour market works in mysterious ways to ensure people who create more value get paid more. Workers are compensated for their education and training, experience, skills and the level of responsibility required in their roles.

But if everyone’s wages go up, and if the overall productivity of the economy is not growing at the same pace, there is inflationary pressure and the higher wage may not increase workers’ purchasing power by much.

Arguably, then, the government has opted to improve the relative lot of those on low incomes by suppressing the incomes of those who are doing better.

In other words, when you don’t like how the market works, manipulate it. But if you do, you should be prepared for it to bite back.

The real message of a pay freeze

Tampering with the workings of a market can lead to unintended consequences. In this case, they will probably be due to the actions of those most affected.

The police officers, teachers, nurses and other public servants whose wages are on hold will now make decisions about their employment they deem best for themselves and their families. In doing so, they will simply be responding to the incentives created by the government’s policy.

Read more: If New Zealand can radically reform its health system, why not do the same for welfare?[9]

How have the incentives changed? You need only ask how you might react if your pay had just been reduced relative to what you could be paid in the private sector or in the equivalent job overseas.

It shouldn’t come as a shock that some will look for better opportunities outside New Zealand’s public sector. What’s more, school leavers and others contemplating a public sector career may choose alternatives.

All of this will worsen the public sector skill shortage. And the underlying productivity of the economy will be compromised.

There’s no denying the government has to make tough decisions to get us out of the fiscal hole COVID-19 dropped us in. But instead of manipulating the labour market, maybe the answers lie elsewhere.

Rather than freezing or restraining wages, the government could encourage more people to invest in the education and training that will increase their productivity and, in turn, allow them to earn higher wages.

This is already happening with the Targeted Training and Apprenticeships Fund[10], making some vocational training temporarily free. It appears to have had good uptake[11].

To make sure the momentum continues, it’s important that investment in education bares a return, which should happen if the labour market is left to do its job. As a bonus, the increase in the productivity of the workforce will lift the well-being of everyone.

Read more: Why now would be a good time for the Reserve Bank of New Zealand to publish stress test results for individual banks[12]