Water markets have come in for some bad press lately, fuelled in part by the severe drought of 2019 and resulting high water prices[1].

They have also been the subject of an Australian Competition and Consumer Commission inquiry, whose interim report[2] released last year documented a range of problems with the way water markets work in the Murray-Darling Basin. The final report was handed to the treasurer last week.

While water markets are far from perfect, new research[3] from the Australian Bureau of Agricultural and Resource Economics and Sciences (ABARES) has found they are vital in helping the region cope with drought and climate change, producing benefits in the order of A$117 million per year.

To make the most of water markets, we will need to keep improving the rules and systems which support them. But with few “off-the-shelf” solutions, further reform will require both perseverance and innovation.

Australia’s biggest and most active water markets are in the southern Murray-Darling Basin, which covers the Murray River and its tributaries in Victoria, NSW and South Australia. 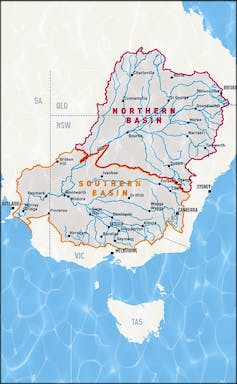 Each year water right holders are assigned “allocations”: shares of water in the rivers’ major dams. These allocations can be traded across the river system, helping to get water where it is most needed[5].

Water markets also allow for “carryover”: where rights holders store rather than use their allocations, holding them in dams for use in future droughts.

Our research[6] estimates that water trading and carryover generate benefits to water users in the southern Murray-Darling, of A$117 million on average per year (around 12% of the value of water rights) with even larger gains in dry years. Carryover plays a key role, accounting for around half of these benefits.

Together water trading and carryover act to smooth variability in water prices, while also slightly lowering average prices across the basin.

One of many issues raised in the Australian Competition and Consumer Commission interim report was the design of the trading rules, including limits on how much water can move between regions.

These rules are intended to reflect the physical limits of the river system, however getting them right is extremely difficult.

The rules we have are relatively blunt[7], such that there is potential at different times for either too much water to be traded or too little. 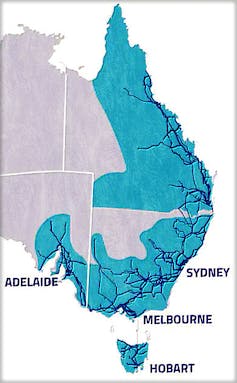 One possible refinement is a shift from a rules-based system to one with more central coordination[9].

For example, in electricity, these problems are addressed via so-called “smart markets”: centralised computer systems which balance demand and supply across the grid in real-time.

Such an approach is unlikely to be feasible[10] for water in the foreseeable future.

But a similar outcome could be achieved by establishing a central agency to determine inter-regional trade volumes, taking into account user demands, river constraints, seasonal conditions and environmental objectives.

While novel in Australia, the approach has parallels in the government-operated “drought water banks[11]” that have emerged in some parts of the United States.

Some of the good ideas are our own

Another possible refinement involves water sharing rules, which specify how water allocations are determined and how they are carried over between years.

At present these rules are often complex and lacking in transparency[12]. This can lead to a perceived disconnect between water allocations and physical water supply, creating uncertainty for users and undermining confidence in the market.

Although markets in the northern Murray-Darling Basin are generally less advanced than the south, some sophisticated water sharing systems have evolved in the north to deal with the region’s unique hydrology (highly variable river flows and small dams). 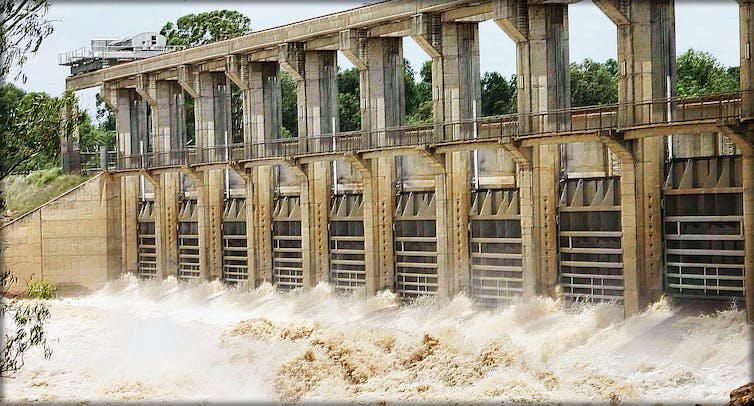 There is potential for the southern basin to make use of these northern innovations (known as “capacity sharing[13])” or “continuous accounting[14]”) to improve transparency and carryover decisions.

Don’t throw the market out with the river water

Governance failures[15] in the water market have led to understandable frustration.

But it is important to remember how vital trading and carryover are in smoothing variations in water prices and making sure water gets where it is needed, especially during droughts.

The ACCC’s final report (due soon[16]) will provide an opportunity to take stock and develop a roadmap for the future.

Water markets will be discussed at Today’s ABARES Outlook 2021[17] conference in an online panel session at 3-4pm AEDT[18].