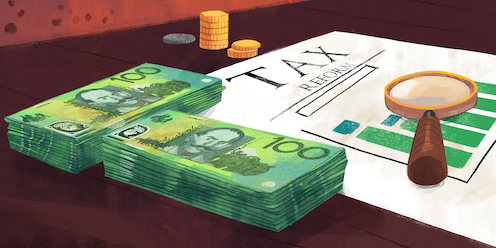 This year’s budget may not have had a whole lot of surprises, but it was chock full of crafty timing tricks. The government’s new personal income tax plan is implemented over seven years, the much-vaunted return to surplus begins in 2019-20, and support for the “smart economy” involves $2.4 billion over, wait for it, 12 years.

In fact, it seems that timing tricks are now a thing in Australian politics. Revenues are brought forward and spending pushed back for cosmetic effect.

The Coalition’s company tax cuts are scheduled to be implemented over a full decade, Labor’s plan to cut back on negative gearing has modest short-term impact on the budget but ramps up over time, and on and on.

This gradual, glide-path approach to fiscal policy is sometimes good, sometimes not so much.

Labor’s negative gearing plan is an example of where the long timeframe is both sensible and appropriate. By grandfathering in existing negatively geared properties the Labor plan ensures that folks who relied on existing tax arrangements when making investment plans are not punished. Similarly, current Coalition policy regarding raising the retirement age for the pension is not retrospective.

Protecting reliance interests in this way is important for both fairness and certainty. The principle applies equally to potential changes in superannuation taxation, indexation of the aged pension, and other budget measures past, present and future.

Having said that, both sides of politics could do a better job of protecting Australians who have relied on existing policy settings when making big decisions. The government’s changes to superannuation taxation last year clearly violated the principle, and Labor’s plan to curtail the use of franking credits also runs afoul of it.

But many of these timing tricks are just that—tricks. Take the company tax cut. It is clearly structured to make sure the big revenue hits happen in years eight to 10.

The hope seems to be that voters don’t focus on things that far into the future, but companies possibly do. Add to that the fact that the federal budget is heavily focused on a four-year horizon — the so-called “forward estimates period”.

Four years is a completely arbitrary time frame with no real economic basis. The idea is that it is far enough into the future to be meaningful, but close enough to the present to be predictable. In reality it is neither meaningful nor predictable.

Yet this forward-estimate timing window, a media that goes along with it, and a public that is starved for time, mean that politicians can get away with pulling good news forward and pushing bad news back; gaming the system.

Indeed, since future parliaments are not bound by today’s legislation, I wonder whether there is any use at all for a government to announce what they plan to do 10 years hence. If history is any judge, then the political party in question probably won’t be in office. Prime ministers and treasurers have a tough enough time surviving to the next election, let alone making it through a decade.

But there is a purpose to this long-term planning with legislative force. It creates a default that a future government needs to reverse. And we know from the Nobel-prize-winning work of Danny Kahneman and Dick Thaler[4] that defaults can have a powerful psychological and behavioural effect — it can change the choices people make, and how they feel about those choices.

Speaking of defaults and timing, perhaps the most natural thing that could be done with regard to the federal budget would be to index tax brackets to wages growth. This would instantly do away with “bracket creep”, where wages growth and fixed tax thresholds lead middle Australia to pay an ever-increasing average tax rate. Governments of all stripes hate this because it forces them to actually raise taxes rather than get a free kick every year which folks tend not to notice very much. In fact, 80% of deficit reduction in recent years has come from such bracket creep.

Timing is likely to be a constant theme in the run-up to the next federal election. We can expect Labor to emphasise their $200 billion “war chest” that they plan to spend over the next decade. Equally, the government looks set to keep pushing the line that the big banks are paying more tax now and won’t get a tax cut until close to 2030.

Timing tricks help politicians avoid dealing with the substance of their policies. That isn’t going to change any time soon.