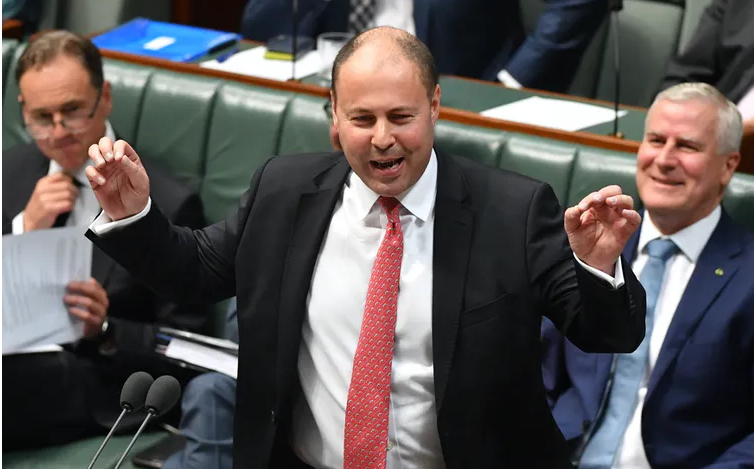 Treasurer Josh Frydenberg mocked the idea of a “well-being budget” as “laughable[1]” back in February. He’s got less reason to laugh now.

According to an Essential Research poll[2] last week, 78%[3] of Australians agree the pandemic has exposed flaws in the economy and there is an opportunity to explore new ways to run things. A well-being budget might be just the ticket.

In February, Frydenberg dismissed a well-being budget as “just another word for Labor’s higher taxes and more debt[4]”, after the shadow treasurer, Jim Chalmers, committed the heresy[5] of saying gross domestic product was, on its own, a deficient economic measure, and countenanced “a version of New Zealand’s well-being budget, which redefines what success means in terms of economic outcomes”. 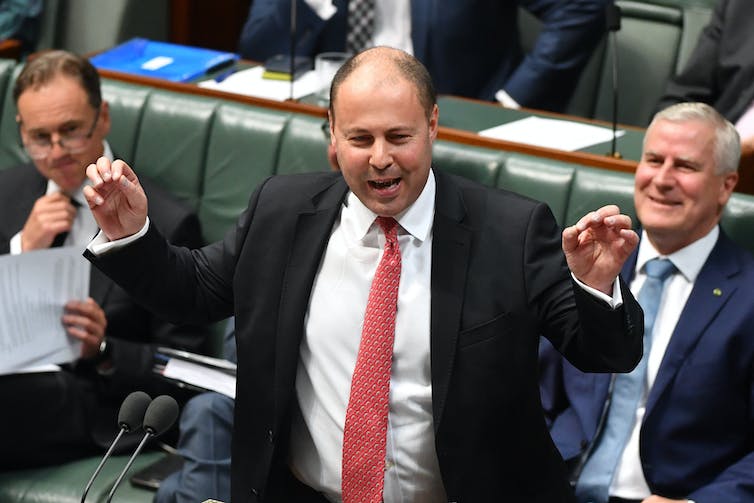 Treasurer Josh Frydenberg enjoying himself during Question Time in the House of Representatives on Thursday, February 27 2020. Mick Tsikas/AAP

Frydenberg joked about Chalmers being “fresh from his ashram deep in the Himalayas, barefoot, robes flowing, incense burning, beads in one hand, well-being budget in the other”.

But now, with the federal government changing its tune on many things, such as debt, it might be a good time for Frydenberg to change his mind on this.

Well-being measures, for one thing, could greatly assist the Australian government in budgeting to improve mental health and prevent suicides – things Frydenberg said in his budget speech are national priorities.

It’s impossible to address the nation’s mental crisis just through the blunt tools of economic growth and money for band-aid services. If a bigger income was the main means to mental well-being, after all, James Packer would be happier.

Mental health is a complex problem, with complicated causes, requiring a sophisticated response. To do that, developing measurements of well-being can only help.

Read more: Budget funding for Beyond Blue and Headspace is welcome. But it may not help those who need it most[6]

There is no universal definition of well-being economics, but essentially it is an economic perspective that acknowledges gross domestic product – the monetary value of all goods and services produced by a country in a given period – as an all-too narrow metric for building a prosperous, sustainable, human-centred economy.

GDP is useful, as Chalmers acknowledged in his February speech:

It does still provide a powerful insight into the current state of the economy, and is useful for historical comparisons. […]

More broadly, growth matters to the jobs and opportunities created in our society. A healthy, growing economy can make people more comfortable with farsighted social and economic policy changes as well.

But GDP does not, as Chalmers said, paint the whole picture. He quoted Robert Kennedy, who said GDP measured everything “except that which makes life worthwhile[7]”; and Nobel-winning economist Joseph Stiglitz: “If we measure the wrong thing, we will do the wrong thing[8].” So his point was hardly fringe.

Indeed even the architect of GDP as an economic measure, economist Simon Kuznets, warned against putting too much emphasis[9] on it, and of the dangers of it subverting the normally “valuable capacity of the human mind to simplify a complex situation in a compact characterisation”.

Read more: Redefining GDP and what we mean by growth[10]

The first country in the world[11] to introduce a well-being budget was New Zealand, in May 2019.

The main difference of The Wellbeing Budget[12] to previous budgets was how it allocated resources to five priority areas: mental health; child well-being; Māori and Pasifika well-being; productivity; and environmental sustainability.

The traditional budget process tends to consider priorities on a yearly basis. This guides governments to put more money into short-term goals and less into initiatives with long-term returns. To overcome this bias, New Zealand’s Treasury created an assessment framework that considers the merits of projects according to 60 different measurements (covering economic, social and environmental impacts).

The intention is to ensure the budget doesn’t neglect to invest in long-term initiatives that can prevent problems, rather than being caught in a cycle of pumping money into alleviating the symptoms short-term. 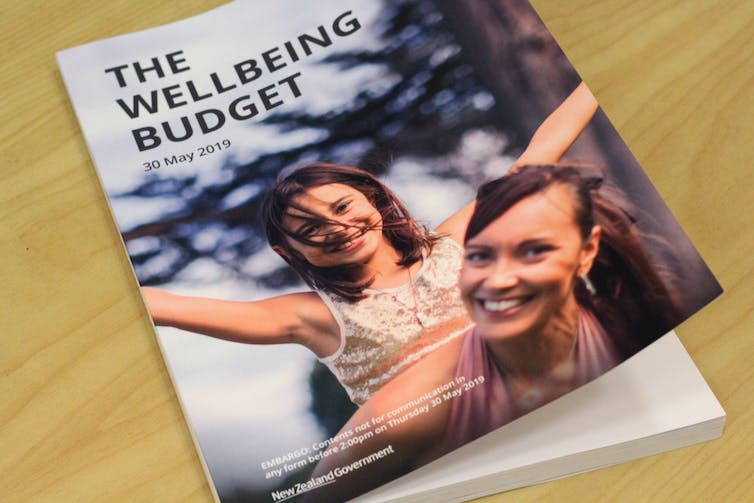 In mental health this means more emphasis on policies that keep people well, rather than on providing help only once they are very unwell – the type of “defensive spending” dominating the Australian government’s priorities in mental health in last week’s budget.

Read more: New Zealand's well-being approach to budget is not new, but could shift major issues[13]

In February Chalmers indicated[15] a desire for federal Labor to take a well-being budget to the next election.

ALP leader Anthony Albanese’s response to the federal budget on Thursday night gave few signals the Labor Party will do so. Though he criticised the government’s short-term GDP growth focus, the word “well-being” did not pass his lips.

But popular opinion suggests both parties should be putting well-being measures on the agenda. Already more than 30 countries measure “life satisfaction[16]”. Support for well-being economics should transcend party lines, as it does in countries such as Britain[17].

If the Australian government is to “build back better”, it’s hard to see how a well-being budget could possibly hurt.