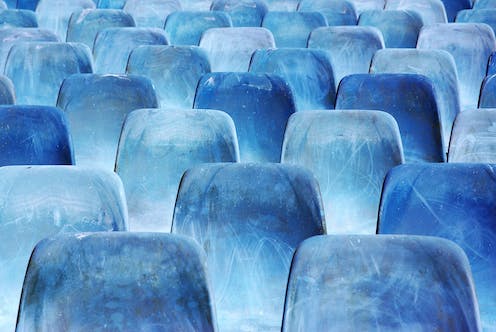 In the early 1930s a 21-year-old undergraduate at the London School of Economics asked a great question during his summer research project: “if my economics professors are right that markets are an efficient way to allocate resources, then why do firms exist?”

To put it another way, why would an entrepreneur go to the effort of building a company and buying things “in house” rather than just buying them in the market?

That student, Ronald Coase[1], would go on to win a Nobel prize for his contribution to answering this question.

He suggested markets have the great virtue of the price mechanism, which communicate information about economic fundamentals (like what consumers value) and balances supply and demand. But there are “transaction costs”, and sometimes haggling in the market can be less efficient than, say, a manager simply telling her employees what she wants done.

These insights point to the fundamental problems with Austalia’s university sector in 2020.

We have about 40 “firms” that, as far as domestic undergraduates are concerned, don’t set their own prices, don’t set their own quantities (i.e. the number of students they accept) and are regulated not by the invisible hand of the market but the federal government’s Tertiary Education Quality and Standards Agency[2].

At the same time universities compete in an international marketplace for both students and staff.

This leads to the worst of all worlds. The sector has many of the downsides but none of the benefits of market competition. They are not in control of their own destiny.

The recent round of federal government reform attempts[3] – encouraging students to pursue “job-ready” qualifications by slashing the price of courses such as mathematics, agriculture and nursing while doubling those such as humanities and communications – is incrementalism likely doomed to failure.

There is pressing need for more significant reform.

A crisis that was always coming

Perhaps the place to begin is to acknowledge that both the university sector and the government have legitimate gripes with the current funding model.

Universities can point to a host of perverse incentives – creating unintended negative consequences contrary to what was intended – embedded in the system. In particular, it has encouraged universities to chase full fee-paying international students to cross-subsidise Australian students.

The funding universities receive for domestic undergraduates is insufficient to provide them a world-class education. Research is also underfunded. This has left universities with no choice but to enrol large numbers of foreign students, paying market prices for their education.

The government argues universities might not be preparing students as well as they could for the job market – with too few graduating with the skills the economy demands and too many pursuing degrees in fields they are unlikely to find employment.

To all these points there are responses. I could tell you, for instance, that in nine years at UNSW Sydney I have seen the quality of undergraduates I teach get even better, not worse. But this back and forth rather misses the point.

Read more: Australian universities could lose $19 billion in the next 3 years. Our economy will suffer with them[4]

COVID-19 has simply accelerated a crisis in university funding that was always coming.

There has always been the risk of the Chinese government simply turning off the tap. China has done so to other countries, such as Taiwan in 2017[5], when it halved the number of students permitted to study there to just 1,000.

In February 2018, Clive Hamilton and others warned about dependence on Chinese students after China issued a “Study Abroad Alert”[6] about Australia being unsafe for Chinese students.

Read more: Without international students, Australia's universities will downsize – and some might collapse altogether[7]

First, removing the perverse incentives of cross-subsidies in the system.

This will require domestic students paying more for their education through the HECS-HELP loan system. Our “Group of Eight[8]” universities can’t keep charging a quarter of what institutions like Boston University or the University of California San Diego charge and deliver a world-class undergraduate experience. It will also require funding research properly, in part by linking universities and industry more closely.

Read more: Australia can do a better job of commercialising research – here's how[9]

Universities focusing more on their comparative advantage, in research or teaching, would enable research dollars to be better targeted.

Nor should we continue to insist that all universities charge the same price to students for the same subject matter. Students should be allowed to be the arbiters of what good education looks like, rather than an Excel spreadsheet in Canberra making that determination.

When we come out of COVID-19, economic growth will be at more of a premium than ever before, and harder to come by. Economists have long emphasised the crucial role of human capital and “ideas” developed through research[10] in driving economic growth. We need a high-quality, well-functioning university sector.

Rather than bicker about incremental changes to the system, we need a grand bargain between universities and government that fundamentally reforms the sector. The future of young Australians, and our economy, depends on it.