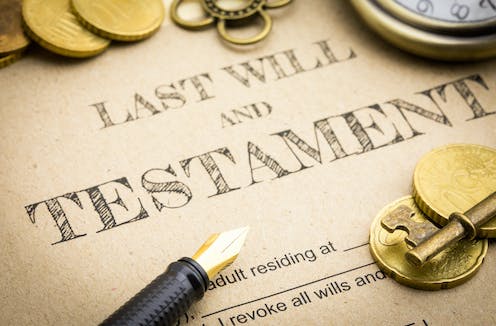 The world’s wealthiest people will transfer US$15.4 trillion in assets to their heirs in the next decade, according to a recent report[1].

Published by specialist data analysts Wealth-X, the report focused on the richest 0.1% (those with net assets worth over US$5 million), but it’s a similar story for the more modestly wealthy baby boomers.

With New Zealand’s average national house price[2] now over $700,000, the heirs of home-owning boomers (as well as people born before 1945 whose significant wealth is often overlooked) will receive a currently untaxed bonanza.

Ignoring this unprecedented transfer of wealth from people who no longer need it to people who haven’t earned it would be absurd. But equitable tax policy must first overcome political timidity and rhetoric.

As New Zealand’s election approaches, forward-thinking politicians should take heart from Sinn Féin winning a majority in the 2019 Irish election on the promise of making the country’s tax system radically more equitable[4].

While a capital gains tax (CGT) is off the table[5] for now, tax arrangements are never set in stone and voters can be open to change.

Taxing inheritance is nothing new

New Zealand first taxed inter-generational capital transfers in 1866. However, the rate of estate duty was reduced to zero in 1993 and gift duty was scrapped in 2011. According[6] to tax law specialist Michael Littlewood:

These taxes for many years enjoyed broad political support. Indeed, it was widely regarded as obvious that a significant part – perhaps as much as 50% or so – of every large estate ought to go to the state.

Taxing a person’s wealth when they no longer need it, provided a reasonable exemption is made to support dependants, has been usual since Roman times. In the modern era, inter-generational wealth was seen as eminently taxable, too. Indeed, progressive tax rates were applied to estate taxes before they were first used for income taxes.

In 1979 Australia became the first developed country to abolish estate duty (at both state and federal levels). As analysts Sam Reinhardt and Lee Steel pointed out[7], support for estate taxes had declined despite “various tax review committees recommending refinements to improve the equity, efficiency and simplicity of the tax”.

Politics gets in the way

In New Zealand, Te Herenga Waka—Victoria University’s 2010 tax working group[8] didn’t consider reintroducing an estate tax or retaining the gift duty then in force. It argued that reforms in the late 1980s had “improved the efficiency and equity of the tax system”.

Certainly, stamp duty is an unlamented tax – although many jurisdictions try to use it to cool overheated housing markets. But it’s not clear why the working group considered estate taxes inefficient or inequitable.

Unfortunately, the terms of reference[10] of the next tax working group, established by the Labour-led government after the 2017 election, specifically excluded an inheritance tax. While there were good theoretical reasons for such a tax, group member Geof Nightingale said[11], it “breaks down at the politics”:

Inheritance taxes are intensely disliked, so if you haven’t got one it’s very hard to put one in.

The arguments against estate taxes are well rehearsed – usually accompanied by emotive references to “death taxes”. But, in the long term, the current ideological opposition to taxing inter-generational wealth transfers may prove to be an anomaly.

One simple reason for reviving the debate about such a tax is demographic: baby boomers, the wealthiest generation that has ever lived, will increasingly start dying during the 2020s.

Tax policymakers cannot ignore the opportunity – arguably the moral imperative – of taxing and redistributing those transfers.

Millennials and Gen X will be the winners

There remain three challenges to achieving a fairer tax based on inter-generational wealth.

First, the application of tax needs to shift from the deceased to the living. In other words, we need to focus on the recipient of the wealth transfer. Ireland’s capital acquisitions tax[12] (CAT) applies a flat rate of 33% to accumulated gifts and inheritances over the relevant threshold.

Unlike a CGT, which can be perceived as penalising business owners, a CAT targets unearned windfalls from an accident of birth. This should make a CAT more politically acceptable than a CGT.

Read more: If you want a fair inheritance tax, make it a tax on income[13]

Second, the younger generations most critical of baby boomers’ “unfair” acquisition of wealth (Gen X and millennials) must accept that taxing this unprecedented transfer of wealth will promote both inter- and intra-generational fairness.

If we don’t tax and redistribute these transfers, wealth inequalities will be exacerbated and entrenched among future generations.

And finally, arguments in favour of a more equitable system have to overcome the rhetoric of “death taxes”. As far back as the 1960s, Canada’s Royal Commission on Taxation did this by popularising the idea that “a buck is a buck[14]”, no matter how it is earned.

In other words, if you have the money you can pay tax, whether that money comes from labour, investment or inheritance.

So far, only the Greens are proposing any tax on wealth[15] as part of their election policy offering. But with the generational clock ticking, it’s maybe time for New Zealand to think about getting a CAT.