The first event was China’s ambassador to Australia suggesting a Chinese boycott of Australian exports, due to Australia pursuing an independent inquiry into the early response to the COVID-19 outbreak.

In an interview on April 27[1], ambassador Cheng Jingye said Chinese tourists and students might have second thoughts about a country “not so friendly, even hostile”.

“And also,” Cheng added, “maybe the ordinary people will think why they should drink Australian wine or eat Australian beef.”

The second event was the “blindsiding” of federal health minister Greg Hunt at press conference with mining magnate Andrew Forrest on April 29, when Forrest invited China’s consul-general for Victoria and Tasmania to speak. 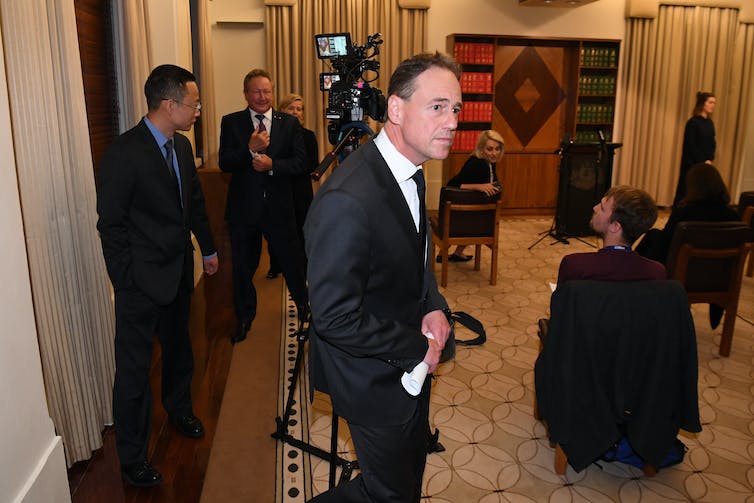 The diplomatic kerfuffle wasn’t the most significant aspect. It was the point of the press conference: Forrest’s procurement through Chinese business contacts of 10 million coronavirus tests – increasing Australia’s testing capacity 20-fold.

These two events point to two fundamental realities about the economic relationship between China and Australia.

First, the two nations are deeply important to each other.

Second, this coronavirus pandemic has exposed the need to increase local manufacturing and reduce dependence on imports of critical supplies.

Australia’s recovery planning must include policies to underwrite local manufacturing capability. It means our economic relationship with China will change.

But despite the veiled threats from the Chinese government, and the desire in some parts of the Australian community for a split, a great economic decoupling is not an option.

About a quarter of all corporate tax revenue comes from mining. Most that is from exports to China, Australia’s largest trading partner by far. Coal and iron ore exports sales have been holding up well. Fortescue, in fact, expects to export more iron ore (177 million tonnes[3]) this financial year.

There are no substitute markets of a similar scale to take up Australian exports in mineral resources, nor in agricultural produce or international education.

But China has few viable alternatives to Australia as well.

Read more: Australia depends less on Chinese trade than some might think[4]

Certainly not in the supply of iron ore, gas and coal.

Not for agricultural produce, where Australia has high a reputation in China.

Nor for education. There are few English-speaking countries to begin with, and the biggest market for Chinese students, the United States, is looking decidedly more hostile[5] and unsafe[6].

So our dependence is mutual. Decoupling won’t happen.

Onshoring on the agenda

But nor it is an option to return to the pre-COVID-19 status quo.

The model of Australia “being willing to export commodities and import finished goods is old and broken”, declared a member of the federal government’s new National COVID-19 Coordination Commission this week.

The commission was established last month to advise the government on “actions to anticipate and mitigate the economic and social effects of the global coronavirus pandemic”.

Liveris is a Darwin-born chemical engineer who rose to become chief executive of The Dow Chemical Company (now DowDupont, the world’s biggest chemical maker. Top of the agenda he signalled this week is “onshoring”. In other words, restoring local manufacturing capability. 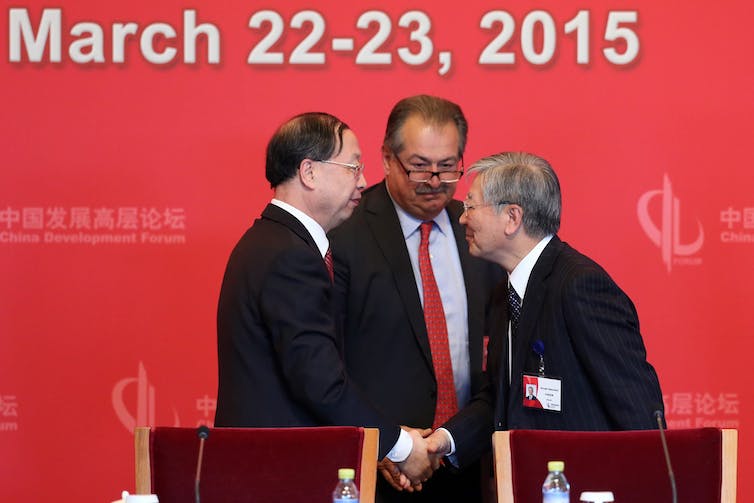 “Australia drank the free-trade juice and decided that offshoring was OK. Well, that era is gone,” he said[7]. “We’ve got to now realise we’ve got to really look at onshoring key capabilities.”

A new form of globalisation

There is a clear national interest in developing our own manufacturing in critical export industries such as health, cybertechnology, renewable energy and agribusiness.

Doing so will include Australia in a global trend to reduce reliance on one continent or one country.

Diversifying production and bringing it closer to markets and consumers is simply a new form of globalisation.

To achieve it, Australian businessess will need to invest[8] heavily in new technology to take advantage of digital manufacturing, automation and artificial intelligence.

Read more: A fourth industrial revolution is powering the rise of smart manufacturing[9]

We’ll still need each other

China will also be a crucial market for any exports, with many opportunities for Australian manufacturers that align with demand in the huge Chinese market. Chinese investment will help develop these export opportunities, as it has with exports like dairy.

Read more: Vital Signs: Why can't Australia be friends with both US and China?[10]

So neither Australia nor China stand to gain from decoupling the two economies. Our economic co-operation will change with onshoring. But mutual dependence will not.