My team and I have analysed the incomes of people affected by some of Australia’s worst bushfires, floods and cyclones in the past two decades. Our results are disheartening.

We’ve found the income gap routinely increases after a natural disaster. For example, following Queensland floods of 2010-11 the difference between those on low and middle incomes in the Brisbane River Catchment area[1] increased by about $7,000 a year.

Recovery and relief funding, which places greater weight on assisting businesses than on income support for individuals, might widen the income gap even further.

Looking at disasters of different scales over the past 20 years, we’ve used the Australian Bureau of Statistics’ census data sets from 2006, 2011 and 2016 to compare the incomes of people living in disaster-hit areas with those in comparable areas not affected by disasters.

We examined the following catastrophes: 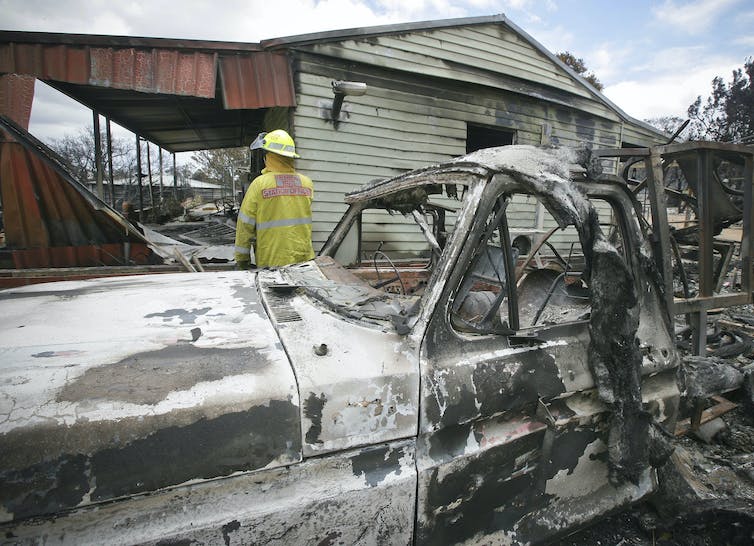 Damage caused by bushfire in the Western Australian town of Toodyay, northeast of Perth, in December 2009. Tony McDonough/AAP

Across most of these different types, scales and areas, we found low-income earners, small-business owners and part-time workers, on average, lost income after a disaster.

A waitress casually employed at a restaurant, for example, might have been asked not to come to work for a few months during a cleanup and recovery period. Our findings suggest most people never make up the income they lose.

Those most likely to lose income following disasters were employed in agriculture, accommodation and food services (covering the tourism industry). Following the Black Saturday bushfires, for example, agricultural employees lost an average of A$8,000 in annual income for the next two years. Employees in the accommodation and food services industries lost an average of A$5,000.

Post-disaster income losses do not affect full-time workers, higher-income earners or owners of larger businesses nearly so much.

In fact, we found some people in these categories can actually earn more money in the wake of a disaster.

Unlike the groups of people who lose, gains aren’t uniform. It varies by disaster. After the Black Saturday bushfires, for example, those employed in Victoria’s public and administrative services benefited most. After the 2010-11 Queensland floods, incomes rose for health and retail employees in the Brisbane River Catchment.

Our analysis suggests relief and recovery funding may contribute to widening the income gap, with the income gains for some groups indicating benefits are distributed unevenly.

In the six months following the Queensland floods, for example, just 10% of the recovery spending went to income and wage assistance. At least 80% went to businesses[6]. 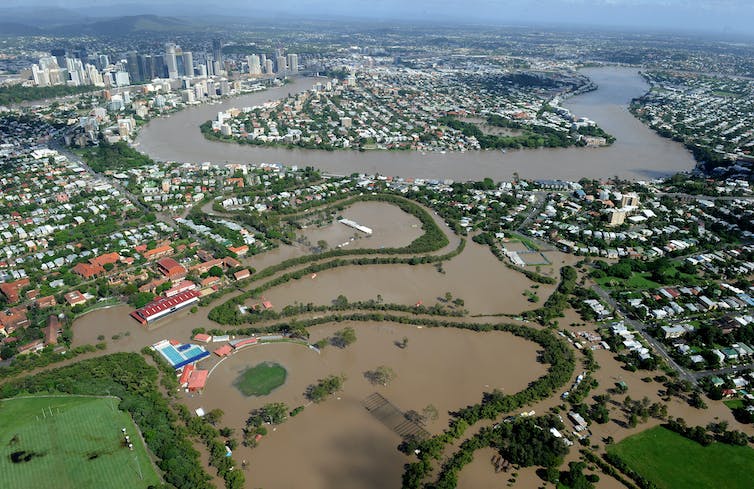 Overall, there is room to rethink how we might build a more sustainable model for disaster recovery.

It’s important to assist businesses because these are arteries of the economy. But four possible improvements to the current recovery funding model could help minimise the widening of the income gap.

First, assistance programs should make it a priority to balance the imperative of short-term aid with the importance of not making inequality worse in the longer term.

Second, funding arrangements need to account for the characteristics of different disasters, and the different patterns of social effects. Not all disasters are the same, but the current funding model tends to treat them as if they are.

Third, programs should account for the greater vulnerability of households that depend on part-time, casual work and other forms of insecure work.

Fourth, programs should acknowledge the susceptibility of different employment sectors. While the Natural Disaster Relief and Recovery Arrangements[8] scheme provides some benefits to the farming sector, other sectors, such as accommodation and food services, can also be be hit hard.

Income matters. It shapes all household decisions. With more frequent and extreme weather events predicted, natural disasters present an increasing threat to social equality and all the benefits that flow from that. It is crucial to ensure relief and recovery efforts do not inadvertently contribute to widening the gap.

Authors: Mehmet Ulubasoglu, Professor of Economics, Head of the Department of Economics and Director of the Centre for Energy, the Environment and Natural Disasters, Deakin University