Australia’s catastrophic bushfire season has done immense damage to Australia’s tourist industry. Then, just as heavy rain began to bring the situation under control, came the coronavirus outbreak in China – now the top source of international visitors to Australia. Tourism from China, already greatly reduced, ended with the ban on non-citizens travelling from China.

Read more: We depend so much more on Chinese travellers now. That makes the impact of this coronavirus novel[1]

The general assumption has been that, once the immediate crises are over, Australia’s tourist numbers will bounce back.

Optimists point to examples such as Japan following the March 2011 earthquake and tsunami that killed more than 15,000 people, resulted in the Fukushima Daiichi nuclear disaster[2] and forced more than 500,000 people to evacuate.

The same was true of the 2004 Boxing Day tsunami that wreaked catastrophic damage and killed an estimated 230,000 people in Indonesia, Sri Lanka, India, Thailand and other countries in the Indian Ocean region.

Terrorist attacks in major cities have a similar immediate impact on travel, but this soon dissipates.

There are, however, good reasons to think this time is different.

First, most disasters of this kind have been single-day events. Relief efforts and damage assessments can dominate the news for a week or more, but other events soon take their place.

By contrast, Australia’s bushfire emergency ran for months, generating extensive worldwide coverage for much of this time. The COVID-19 outbreak epidemic is still front-page news and will probably remain so until it has been contained.

Second, the typical shock of this kind has no long-term effect on perceptions of the country where it takes place. The vulnerability of the Pacific Rim to earthquakes and tsunamis has long been known, and the occurrence of an earthquake in Japan does not make another one any more likely (if anything the opposite).

Similarly, terrorist attacks can and do happen anywhere. While there are countries where terrorism risks discourage most tourists – Afghanistan, Iraq, Nigeria and Syria being the top four[5] – in most of the world no possible destination is more or less at risk than any other, and the risk remains even if you stay at home.

By contrast, the bushfire cataclysm has been unprecedented in terms of duration and the areas in southeast Australia destroyed. Sydney, Melbourne and Canberra were all cloaked in smoke. 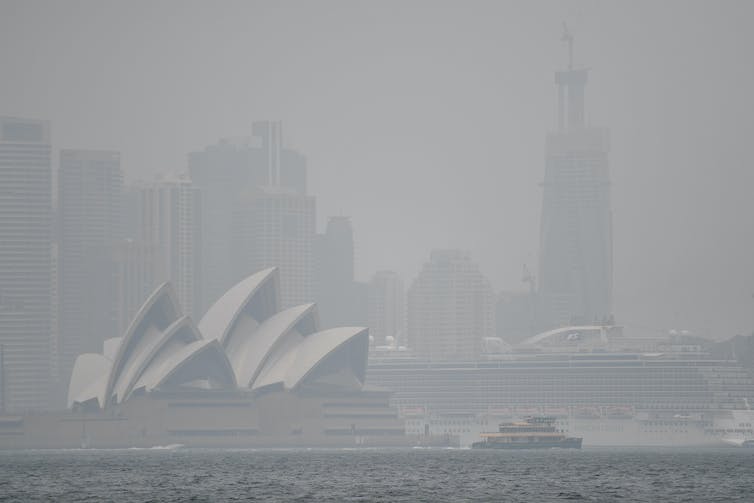 The image of Australia as a clean, green destination for outdoor fun – promoted in an advertising campaign in Britain featuring Kylie Minogue even as the disaster raged – has been replaced by burnt-out landscapes where the next fire may be even worse than the last.

Read more: Celebrity concern about bushfires could do more harm than good. To help they need to put boots on the ground[6]

It’s a rude dose of reality for Prime Minister Scott Morrison, a former tourism-promotion bureaucrat whose lackadaisical, image-obsessed initial response to the fires has caused him to be lampooned on social media as #scottyfrommarketing.

And yet a generation before Morrison came on the scene, Australia was already lying to itself and the world about its role in the climate change that has fuelled this disaster. If any goodness can sprout from the devastation of these fires, it will start with a more honest reckoning about how successive governments have sold off Australia’s future for a handful of coal.

This is not usually the case with disasters, with some exceptions. Most of the 202 people killed in the 2002 Bali bombings were tourists, for example, as were the majority of more than 4,000 people killed in Thailand by the Boxing Day tsunami.

Read more: In fact, there's plenty we can do to make future fires less likely[9]

Memories will fade over time, at least until they are rekindled by another disaster. But we should not expect this to happen quickly. The damage the bushfire catastrophe has caused to Australia’s position in the international tourism market is likely to last for years to come.