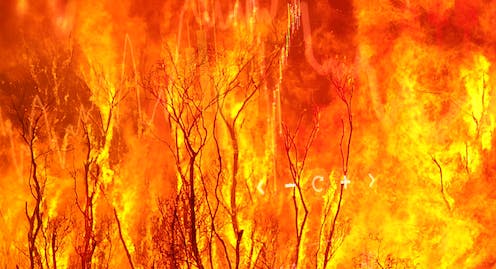 Estimates of the economic damage caused by the bushfires are rolling in[1], some of them big[2] and some unprecedented, as is the scale[3] of the fires themselves.

These types of estimates will be refined and used to make – or break – the case for programs to limit the impact of similar disasters in the future. Some will be used to make a case for – or against – action on climate change.

But it’s important they not be done using the conventional measure of gross domestic product (GDP).

GDP measures everything produced in any given period.

Read more: Beyond GDP: are there better ways to measure well-being?[4]

That’s because it measures the positives[5] brought about the recovery from disasters but leaves out some of the negatives caused by the destruction.

It is possible to get at the full story

Economic modelling pioneered in Australia[6], and used to estimate the impact of terrorism[7] and epidemics[8] makes it possible to prepare measures of welfare that take account of the costs of disasters.

Among the immediate costs in the first months after a bushfire disaster would be:

Longer term impacts would derive from:

It involves going beyond GDP

The longer term impacts of disasters on a nation’s GDP are clearly negative, deriving from a decline in productive capacity (labour, capital and natural resources) which unambiguously detracts from economic welfare.

In the immediate aftermath, expenditure on reconstruction of homes and other assets can add to GDP, but the funding of these activities (whether direct or through insurance) adds to debt and can drag on household consumption, either immediately or in the future. A related measure, Gross National Income[9] (GNI) takes this into account and is generally a better measure of economic welfare.

Bushfire-induced health expenditure stimulates both GDP and GNI but detracts from welfare.

Read more: How happiness is challenging GDP as the measure of a country's health[10]

Suffering from post-traumatic stress disorder[11], for example, can hardly be considered an improvement in standard of living.

To offset this inappropriate “good news”, it is possible to construct an index of leisure-adjusted GNI which takes into account the downgraded quality of leisure time.

As a starting point for such estimates, the prime minister’s department sets the statistical value of a year of life[12] free of injury, disease and disability at A$182,000 (2014 dollars).

And it depends on where you are

Aggregated measures like GDP, GNI and leisure-adjusted GNI do not show the distribution of economic impact.

An event that strips a small amount from the incomes of everybody is different from one that decimates just a few regions, yet looks the same in a nationwide measure, so it is important that any economic analysis also looks at regional impacts.

The work is yet to be done, but it is safe to say that the conventional link between GDP and economic welfare (“more is better”) breaks down[13] when assessing tragedies, particularly ones with profound regional impacts.

When campaigning to be US president Bobby Kennedy[14] (John F Kennedy’s brother) said that GDP measures “everything… except that which makes life worthwhile”.

It’d be wise to bear that in mind when considering the policy response to the bushfires.

Read more: Might the bushfire crisis be the turning point on climate politics Australian needs?[15]