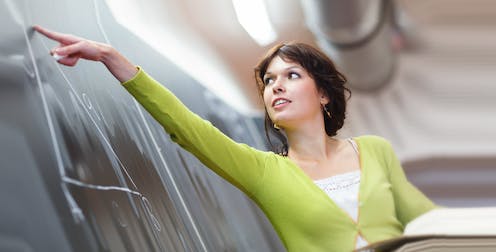 What have Scott Morrison and and Attorney General Christian Porter got in mind for unions?

The answer seems to be more of the same, more use of coercive power to make it harder for unions to fulfil their democratic functions of protecting workers and fighting inequality.

The newly-reintroduced Ensuring Integrity Bill[1] was rejected in 2017, but the government thinks it’s got a better chance now[2], with the support of at least four of the six senate crossbenchers.

In part that’s because of the behaviour of John Setka[3], head of the Victorian branch of the Construction Forestry Maritime Mining Energy Union who has been convicted of using a carriage service to harass a woman[4].

Read more: View from The Hill: Now the senators are taking on John Setka[5]

The Bill does not actually address Setka or his conduct, but the Government is using that negative impression to justify these new laws.

And it’s because of words like these, used by Justice Dyson Heydon[6], the royal commissioner tasked with examining trade union governance and corruption by the Abbott government:

it is clear that in many parts of the world constituted by Australian trade union officials, there is room for louts, thugs, bullies, thieves, perjurers, those who threaten violence, errant fiduciaries and organisers of boycotts

It’s also what the government wants people to believe about trade unions; that they are ugly, violent, law-breaking and self-interested.

Why make it harder for teachers and nurses?

My research finds that there was a problem with union corruption the best part of a decade ago, most starkly apparent in the Health Services Union scandal[8], but for the most part unions have cleaned up their act.

I told the Senate inquiry into the Ensuring Integrity Bill that a proportionate response[9] to the Royal Commission’s findings was warranted.

It included legislation imposing higher standards of financial management accountability on union officers, higher penalties for serious breaches of the Registered Organisations Act, criminal penalties for “corrupting benefits” and requirements for disclosure of benefits passing to a union under an enterprise agreement, clearer governance standards for separate entities and union funds such as election funds, and a specialist regulator for registered organisations.

Almost all of these measures have now been implemented. So what are we to make of the reheated Bill? It looks like an opportunistic attempt to take down unions.

The government didn’t expect to be re-elected. Its business mates are demanding industrial relations reform. They want to shut down powerful unions like the Construction Forestry Mining Energy Union. The government tried to stop it merging with the Maritime Union to become the CFMMEU rather than the CFMEU, but the Bill didn’t get through parliament in time.

With that objective frustrated, business wants new weapons to take on unions.

Hence the provisions in the Bill enabling employers, the minister and the Registered Organisations Commission to seek the disqualification of union officials and the deregistration of unions; provisions that could prove very handy in an industrial dispute, adding to the already extensive range of weapons employers already have access to.

The Bill massively over-reaches. The government claims it’s simply applying to unions the same regulatory standards that apply to corporations. But its application of the corporate model is highly selective.

So it’s one rule for unions

Schedule 1[12] would allow court-ordered disqualification to be sought against a union official on much wider grounds than those available for company directors.

An employer could seek to have an official removed because they have been involved in a technical breach of the protected industrial action rules under the Fair Work Act, but a union could not seek disqualification of a company director who had breached the same legislation by, for instance, presiding over the underpayment of workers.

Disqualification could also be sought because a union official had breached the proposed “fit and proper person” test.

There is no fit and proper test for company directors, although there is for people providing financial advice[13] and running businesses including labour hire businesses in Victoria[14].

The purpose of the latter test is to impose barriers to entry on dodgy and exploitative managers. There is no equivalent justification for prefventing someone becoming a union official.

Schedule 2[16] proposes new grounds for deregistering unions that partly mirror some of the grounds for court-ordered wind-ups of companyies under the Corporations Act.

Another rule for employers

But the addition of new grounds relating to a union’s (or members’) non-compliance with a wide range of laws has no equivalent in the Corporations Act.

Among the proposed grounds is “obstructive industrial action” – unprotected action that hinders of interferes with the activities of an employer or a public service, or that has a substantial adverse effect on community safety, health or welfare. Only a single instance would be needed.

The target of Schedule 2 seems to be the CFMMEU. But Commissioner Heydon neither recommended deregistration of the CFMEU nor proposed any change to the deregistration provisions.

The government already has the ability to seek deregistration of the CFMMEU under the Registered Organisations Act. Some of its grounds, including repeated breaches of court orders, would be sufficient in my view.

Instead of testing the existing law, the government has chosen to seek much wider grounds for deregistration and to give more parties, including employers, access to the mechanism, creating a threat to all unions, not just the CFMMEU.

And confusion about what unions do

The Coalition and employers can’t seem to make up their minds about unions.

They present them as both:

The Ensuring Integrity Bill tells us it’s this second view that’s predominant, notwithstanding the reality that most unions play a valuable role in protecting vulnerable workers from exploitation, challenging managerial power in the workplace, and enhancing our democracy.