Nations behave wisely, Israeli foreign minister Abba Eban observed[1] five decades ago, “once they have exhausted all other alternatives”.

One can only hope that proves the case with water policy in Australia’s Murray-Darling Basin, the nation’s largest river system and agricultural heartland.

The ABC’s Four Corners program Cash Splash[3], aired last night, illustrates how thoroughly we are exhausting the options that don’t work to keep rivers being sucked dry by irrigators. Billions of dollars have been spent on infrastructure schemes that have failed to deliver any measurable improvement in water flows or the state of the environment. 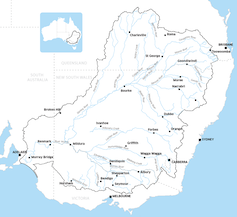 This failure is no surprise to economists who have studied the problems of the Murray-Darling Basin for decades.

The central problem is well understood, as are the workable (and unworkable) possible responses.

The basin covers four states: Queensland, New South Wales, Victoria and South Australia. All state governments have allocated permits to extract water for human uses (irrigated agriculture and urban water). The allocations grew rapidly in the second half of the 20th century, exceeding the sustainable capacity of the natural environment.

One sign of the failure became dramatically obvious in 1991, with an outbreak of toxic blue-green algae[5] over 1,200 km of the Darling River. Algal blooms are fed by nitrogen and other nutrients in fertiliser runoff and sewerage. They continue to occur. 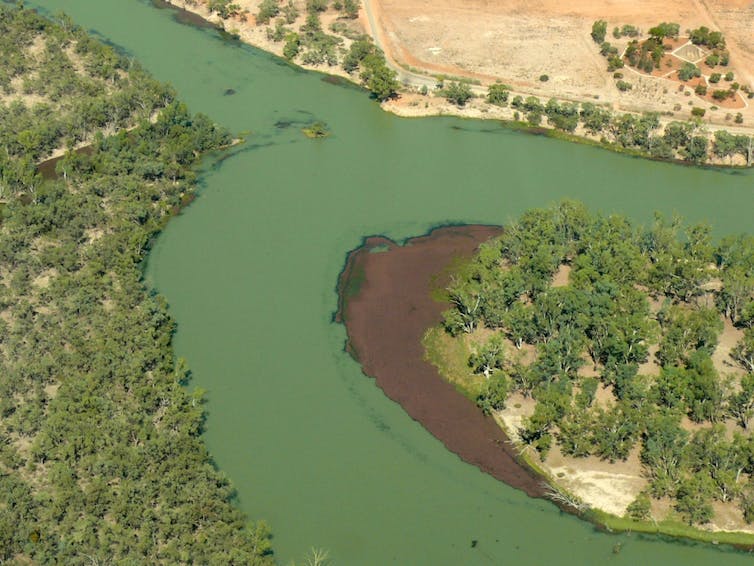 A 2009 algae bloom in the Murray-Darling Basin. Office of the NSW Minister for Water/AAP

This event underlined the need to leave enough water in rivers for “environmental flows” to keep the system healthy.

Acting with what now seems like impressive promptness, the Murray-Darling Basin Ministerial Council (made up of the water resources ministers from the basin states, the Australian Capital Territory and the federal government) imposed a cap on water extractions in 1995. It limited extractions to the volume of water capable of being taken out by the infrastructure[6] (pumps, dams, channels, management rules) that existed in 1993-94.

The cap was supposed to be a temporary measure. It wasn’t intended to solve the problem, just stop it getting any worse in the short run.

The long-term solution was to be a system of trade in water rights, introduced by the Council of Australian Governments in 1994. Combined with the right price signals from environmental purchases, this system was meant to allocate water to its most productive uses while reducing extractions to sustainable levels.

A quarter-century on, the cap is only now being phased out, and a vast array of measures have come and gone, including the National Water Initiative, the Water Act of 2007, Water for the Future and the Murray-Darling Basin Plan.

The failure of these initiatives rests on one simple fact: the refusal of irrigation lobby groups to countenance the government buying water rights on the open market to increase environmental flows. Their opposition has been immovable, despite many individual irrigators being keen to sell their water rights and use the money to invest in alternative cropping activities or retire.

On the other hand, there are a lucky (often politically well-connected) few who have done very well from “strategic” purchases of water. Investigative journalist Michael West has noted[7] the National Party’s Party Barnaby Joyce has been publicly hostile towards buybacks of water entitlements but authorised, as federal water resources minister, three major “strategic purchases”.

Instead of water purchases, politicians like Joyce have put their faith in subsidies to infrastructure, to improve the efficiency of water use.

The idea has a lot of intuitive appeal. If less water can be used, it should be possible to increase flows in the river system without reducing agricultural output. With rare exceptions, this appealing vision has dominated the thinking of politicians and much of the public.

The reality is sadly different. The failure of infrastructure-based water recovery was both predictable and predicted.

I pointed out the main difficulties in a piece for ABC Online[9] in 2012. The article didn’t contain any remarkable insights. It simply stated views shared by every independent economist who has worked on the issue.

The illusion of efficiency

Among the many problems with infrastructure schemes, two have stood out.

First, the measured cost of saving water through infrastructure schemes is two to three times as much as that of buying water on the open market.

Second, and more importantly, much of the supposed water savings are illusory. Much of the water “wasted” in irrigation systems is not lost to the environment. Most of the water leakage and seepage from irrigation channels eventually returns to rivers through groundwater systems. So “saving” this water through infrastructure efficiency doesn’t actually add anything more to environmental flows.

My 2012 analysis assumed a scientifically based effort to secure water savings at the lowest possible cost to the public. As the Four Corners report has shown, that assumption was massively over-optimistic. In reality, the scheme has been characterised by lax monitoring, cronyism and rorting.

Read more: 5 ways the government can clean up the Murray-Darling Basin Plan[10]

After the expenditure of billions in public money, the system may be worse off than before. As a result, environmental disasters keep on happening.

Along with recurring algal outbreaks, we are witnessing disasters such as the massive fish kills like that in western New South Wales in January. The massive fish kills have been attributed to little or no flow in the Darling River combined with plunges from high temperatures, starving the water of oxygen[11]. 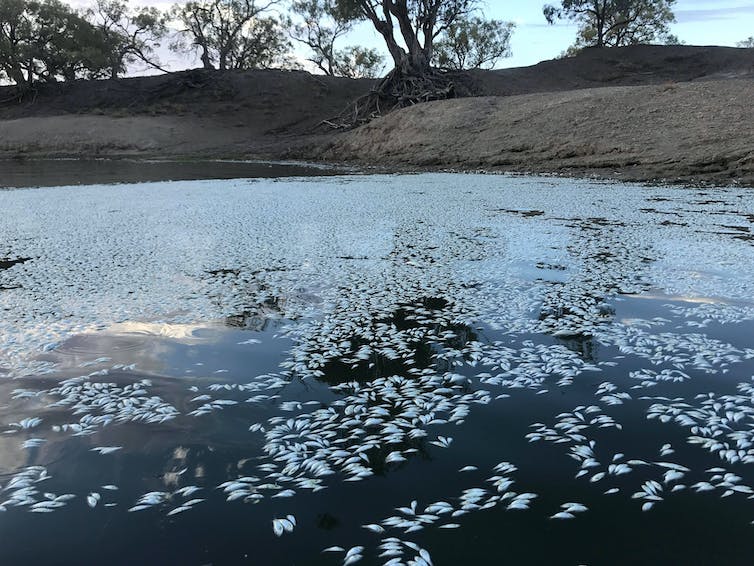 Eventually, though, we must hope Abba Eban will be proved right. Having exhausted all the options that don’t work, we will have to turn to those that do.