Are we letting too many or too few migrants into Australia?

For 2019-20 the Australian government has cut[1] the annual net migrant intake from 190,000 to 160,000. It’s a political decision, balancing the concerns of those who want much lower or higher immigration levels for a mix of social, environmental and economic reasons.

It’s an unsatisfactory and ad-hoc balancing act. Could there be more “science” in these decisions?

We’ve sought to come up with an evidence-based method to gauge the effects of migration. To do so we’ve used the internationally accepted framework for development planning, the Sustainable Development Goals[2]. The goals cover major aspects of economic, social and environmental well-being, from decent jobs and quality education to good health and clean water.

What our results show, perhaps surprisingly, and more by luck than design, is that recent levels of immigration seem to be in a “goldilocks zone” that balances economic, social and environmental objectives.

Our results also suggest migration is neither the problem nor solution in many areas where Australia is off-track, from government debt to environmental action.

Annual migration intake is set as part of the the annual budget cycle. The government treats it primarily as a short-term economic issue. But population growth has long-term impacts on many sectors, from health and education to infrastructure and housing[6]. Population growth, particularly through urban expansion[7], increases pressures on the natural environment.

The question remains about how to make evidence-based policy that balances deeply divided views. Some strongly support high net migration due to the important role population growth plays in managing an ageing population. Others argue equally forcefully for reducing migration because it places a burden on infrastructure, services and the environment.

To negotiate these differences, we chose the UN Sustainable Development Goals (SDGs)[10]. The goals cover long-term targets in 17 major areas of economic prosperity, social justice and environmental sustainability. All member states of the UN, including Australia, have agreed to them as a shared blueprint to achieve by 2030. 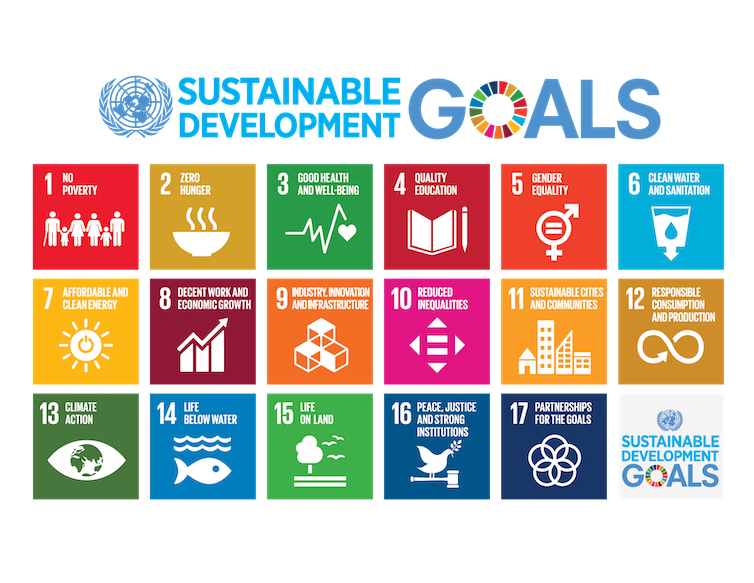 Countries are not required to adopt all targets, but focus on those appropriate. We chose 52 targets relevant to Australia, covering all 17 goals and ensuring a reasonable balance of economic, social and environmental priorities.

Using advanced modelling capabilities, we tested how achieving the targets by 2030 might be affected by different population sizes.

Overall, not a huge difference

The following chart shows our results in a single graphic. For our low-migration scenario, Australia’s population in 2030 is 27.3 million; for the moderate, 28.9 million; and for the high, 30.6 million. 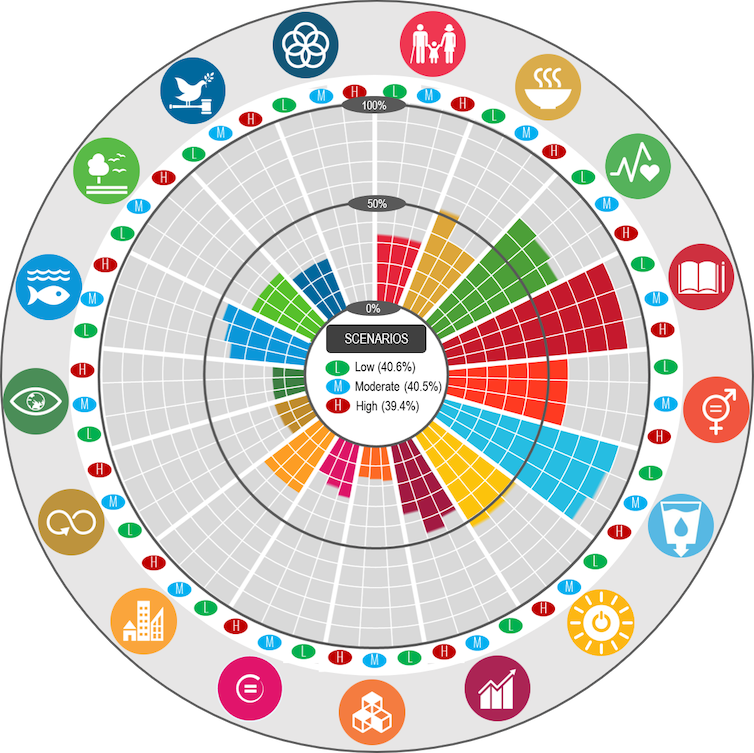 Only in two goal areas – education, clean water and sanitation – do our results show Australia doing better than 85% achievement by 2030 under all three scenarios. Only in another three – health, gender equality and energy – do we do better than 50%.

All scenarios had equal effect on eliminating poverty (Goal 1[13]). However, the low-migration scenario did better for achieving food security and improving nutrition (Goal 2[14]).

In the centre of the chart are the overall scores of each scenario.

The high-migration scenario (39.4% progress towards all targets) is the lowest , but not by much. There is almost no difference between maintaining recent migration levels (40.5%) and significanly slashing the migration intake (40.6%).

This suggests that, on an equal balance across a broad set of competing objectives, recent historic levels may be about right.

However, these results brush over the range of trade-offs between different targets – some of which may be considered more important than others.

Poor performance in many areas

What is perhaps most striking is that, regardless of the population scenario, Australia isn’t tracking well on most measures of sustainable development. Other studies[16] have concluded the same.

Broadly accepted frameworks to measure progress[20] and weigh policy decisions in contested areas is something we lack across the policy board.

Ad-hoc, short-term approaches to addressing them are unlikely to often deliver optimal outcomes. Combining clear targets, a long-term perspective and advances in modelling might help.