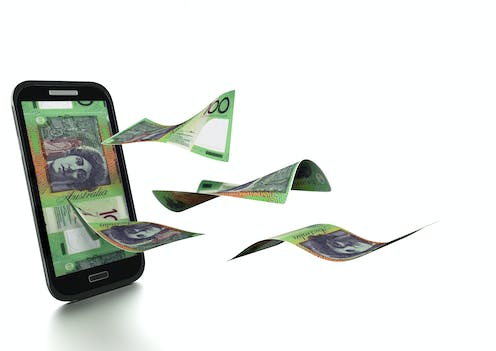 Australians will finally enjoy the ability to send each other money in “real time”, with the launch of the New Payments Platform[1] (NPP) today. The platform is a mixture of new processes for settling transactions between banks, guided by the Reserve Bank of Australia.

But while this may make payments faster, it could also make them less safe.

And data from the United Kingdom’s real-time payments platform, Faster Payments[2], show the take-up of Australia’s system may not be that strong. Although it was launched 10 years ago, Faster Payments has not yet become the most popular payment method in the UK[3]. The most popular is still the traditional system, which takes three days to clear.

Research[4] into the Faster Payments platform shows it is rife with fraud and scams. Part of the problem in the UK is that banks have trouble identifying potentially fraudulent transactions.

The New Payments Platform will also change how you transfer money. BSB and account numbers will still exist, but individuals and businesses can create other identifiers, called “PayID[6]”. This means mobile numbers or email addresses can also be used as a way to identify yourself, both to pay and be paid by others.

The platform will also remove the delays caused by weekends and public holidays and mean you can make transfers after business hours.

The impetus for a real-time payment platform came from a 2012 review[7] by the Reserve Bank of Australia. It found that Australia’s payment system lagged behind even less developed nations, such as Mexico.

But not all banks[8] have signed on to the new payments platform. Those taking a wait-and-see approach include Bank of Queensland, Suncorp and Rabobank. Even some of the subsidiaries of one of the big four banks, Westpac (such as Bank of Melbourne and St George), will not be involved in the launch of the New Payments Platform.

Before the New Payments Platform, numerous safeguards were built into Australia’s payment system that limited fraud and abuse. For instance, if you were planning to buy a car, you would likely go into your bank and ask for a bank cheque. This cheque would be made out to the name of the dealership or person selling the car.

A number of protections are built in to this system. The money is guaranteed by your bank and will clear within three days once deposited. If someone with a different name tries to deposit the cheque, then the cheque will not be accepted and hence the payment will be revoked.

Under the terms and conditions[9] issued by one of the participating banks, banks are not liable for losses that are a result of you giving the wrong account information. Furthermore, a transfer instruction given by you, once accepted by your bank, is irrevocable.

This also applies if you were fraudulently induced to make a transfer via the New Payments Platform. In this case your bank might be able to help you recover the funds, but the recipient of the funds (potentially a fraudster) will have to consent to repay your funds. So if you have a dispute with a recipient of your funds transfer, you will need to resolve the dispute directly with that person or organisation under the new scheme.

It is likely that similar terms and conditions will apply to all the institutions that are members of the New Payments Platform.

The problem will only get worse as the “cap” on transactions is lifted. This happened in the United Kingdom once the Faster Payments cap was raised to £250,000 in 2015[10].

According to[11] the managing director of the UK Payment Systems Regulator, Hannah Nixon: “There is no silver bullet for [authorised push payment] scams and some people will still, unfortunately, lose out.” Nixon added that account holders also need to take “an appropriate level of care” in protecting themselves.

Read more: Australia may be closer to being a cashless society but it won't happen by 2020[12]

In June 2017, Faster Payments processed 135.7 million payments[14], which was a 15% increase on the previous June. These payments amounted to a total of £115 billion for that month.

But Faster Payments is still not the biggest payment platform in the United Kingdom. Although we don’t know exactly why, there are many possible reasons – including customers not wanting to switch from something they are used to and a fear of fraud.

It could also be that British financial institutions are not promoting Faster Payments to their customers as they can charge higher fees on the traditional payment platform.

Above all, the big concern is detecting fraudulent activity in real time – something that will concern banks’ risk management and which may have led to some choosing to hang back. Payments on the New Payments Platform may be faster and easier to make, but will they be safer? It could just make fraud faster and easier for fraudsters, and harder to undo for victims.