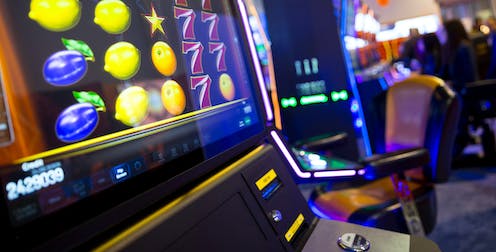 How low does a casino operator in Australia have to go before it loses its gaming licence?

That question is still hanging after the punishment meted out this week to the operator of The Star Sydney casino – found to be “not suitable[1] to be concerned in or associated with the management and operation of a casino in NSW”.

A four-month inquiry into the casino found Star Entertainment’s management “rotten to the core” and documented, in a report of more than 900 pages, a litany of failings from flouting anti-money-laundering laws to deliberately misleading regulators.

On Monday, NSW’s new Independent Casino Commission, having given the company two weeks to “show cause” why it should not lose its casino licence, suspended that licence, appointed an emergency manager to run the casino for at least 90 days, and imposed a A$100 million fine.

This is the maximum fine possible under laws introduced in August, and $20 million more than what Victoria’s regulator fined Crown Resorts in May[3].

The head of the Independent Casino Commission, Philip Crawford, said[4] it was “no longer in the public interest that the Star should remain in control of that licence”.

This is progress of a kind from the new casino regulator, established this year to replace the former Independent Liquor & Gaming Authority in light of that agency’s regulatory failings.

But it raises obvious questions about the upshot of all the other casino inquiries – in NSW, Victoria, Western Australia and Queensland – that have found Star Entertainment and Crown Resorts unfit or unsuitable to hold casino licences.

Yet not one casino has had to close its doors.

So what does a casino have to actually do to lose its licence?

Looking at the case of The Star Sydney, it’s apparently not enough to allow more than A$900 million to pass through the casino in contravention of anti-money-laundering rules. Or to fabricate receipts to hide this. Neither is allowing a Macau-based junket operator with known links to criminal enterprise to run a high-roller room.

Crawford defended not going further than suspending the casino licence, because Star Entertainment had “demonstrated genuine contrition” and to preserve the livelihoods of the casino’s employees:

A big issue for us, to be frank, in this environment is that there is probably about 10,000 employees of the Star casino, and a lot of them rely on the income to pay their mortgages and raise their kids.

This is, in part, recognition that culpability lies at the level of senior management, not croupiers, waiters and cleaners.

Even so, such a rationale also suggests regulators are in danger of being trapped by a culture of considering operators “too big to fail”.

The Star Sydney employs an estimated 8,000 people[5] at its site in Pyrmont.

Crown Resorts has 11,500 people working at its Southbank premises in Melbourne and 6,000 at its Burswood site in Perth – making it the largest single-site private employer in Victoria and Western Australia[6].

But perhaps even more important than the jobs are the revenues that casinos deliver to state and territory governments.

Figures from the Australian Bureau of Statistics[9] show that, in 2020-21, states and territories collected A$7 billion in gambling taxes. More than half – nearly A$4 billion – came from casinos and gambling machines.

The government most reliant on gambling revenue was the Northern Territory – with nearly 15% of its taxation income from gambling.

Casinos are not only big business for private investors. They have become key to the sustainability of state and territory finances. That no casino has been forced to shut its doors is emblematic of this problematic and increasing financial reliance.

It’s one thing to hold public inquiries and make adverse findings against casino operators. But, as with banks, the apparent reticience to revoke gaming licences signals that money, in the words of Cyndi Lauper, changes everything.