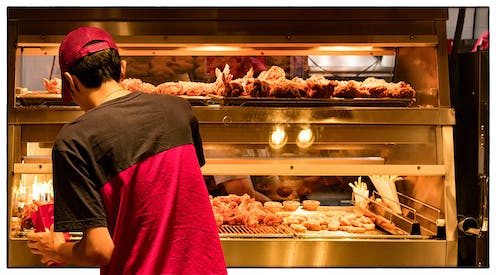 A teenager’s first job can be deeply rewarding, a step towards independence and building skills. But that job may also involve an early taste of exploitative workplace behaviours, including abuse, bullying and harassment.

There are numerous cases of exploitation in workplaces that offer jobs to young people. Think of the systematic underpayment of 7-Eleven[1] workers, for instance, or of Domino’s [2] workers.

Young people working in hospitality – covering restaurants, cafes, bars and pubs – are particularly at risk of exploitative practices, according to the Fair Work Ombudsman[3].

We wanted to get a more complete picture of the different types of exploitative behaviours that young workers might encounter. To do so we surveyed 330 undergraduate university students about their experiences in the workplace.

Overall, almost three-quarters (74.2%) of respondents reported experiencing some form of exploitative, abusive or harassing behaviour in their first job.

Read more: How to stop businesses stealing from their employees[4]

Our convenience sample[5] of university students that anonymously volunteered to participate were surveyed about their workplace experiences while aged under 18 years old. While the results may not be representative of all young peoples’ work experiences, they provide a good indication of the pattern and relative frequency of different forms of exploitative behaviour.

Importantly for prevention, the study also indicates who is most likely to be a perpetrator and who is most at risk. The results of this exploratory study show that workplace exploitation is common enough to warrant future research on a national level to understand the extent and consequences.

In our study we defined exploitation as the following behaviours:

Just over half (51.5%) of our participants reported some kind of economic exploitation in their first job, including incorrect pay and not being allowed proper breaks.

Nearly a third (29.4%) experienced ongoing incidents of workplace bullying in their first job.

About a quarter (25.8%) of respondents reported no form of workplace exploitation in their first job.

Our results indicate there is a statistically significant association between (1) the age respondents are first employed and exploitation and (2) gender and exploitation.

This is consistent with other research showing younger teenagers are more vulnerable[6] to being exploited, because they may not understand workplace agreements and laws, and be more frightened to report incorrect pay or incidents.

Females were significantly more likely to report economic exploitation (49.1%) and sexual harassment (16.6%) compared to their male counterparts (34.5% and 5.2%, respectively).

Co-workers, supervisors and employers were largely responsible for bullying and exposing teenagers to unsafe work conditions.

Customers were largely responsible for harassment and physical abuse.

Respondents also reported many instances where other workers or managers (including owners) witnessed exploitative behaviour but failed to intervene.

Our analysis of survey data indicates workplaces can do much more to protect young people from victimisation.

Low management supervision in retail and hospitality settings, for example, puts females under 16 at high risk of harassment and economic exploitation.

To improve the situation, governments and workplace regulators should more actively monitor, investigate and enforce the laws and regulations. Specifically those surrounding child employment, fair work, pay and superannuation, and workplace health and safety.

Governments and industry groups also need to more effectively engage with employers to make them more aware of their legal obligations.

There is also a role for technology that can help young people monitor their working conditions. The Fair Work Ombudsman’s “Record My Hours”[8] smartphone app, for example.

Apps like this can help young staff track their hours and pay. They could also be modified to enable the reporting of incidents of abuse or incorrect pay.

In recent years we have lurched from one worker underpayment and exploitation scandal to another. Our research indicates this problem may be more grave and pervasive than we have imagined. If that is the case, we must do better.