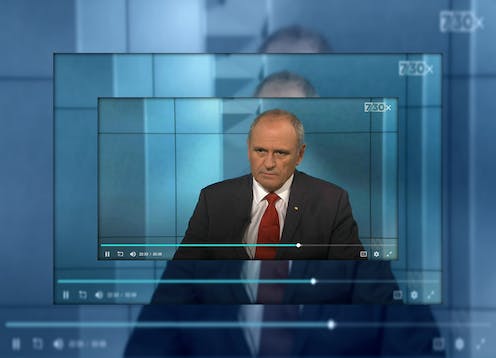 Between 2001 and 2011 Henry was the highly regarded head of the federal treasury. He steered Australia through the global financial crisis, led the Henry Tax Review, gave birth to the goods and services tax and the mining tax, and laid the groundwork for the emissions trading scheme.

In the private sector he rose to be chairman of the National Australia Bank, where he was also well-regarded until a disastrous appearance at the banking royal commission in which he offered the counsel assisting not a hint of contrition[1].

Do you accept that the board should have stepped in earlier?

I would like you to answer my question, Dr Henry. Do you accept that the board should have stepped in earlier?

Well, I would like you to answer my question. Do you accept that the board should have stepped in earlier?—I wish we had?

I’m going to take that as a yes, Dr Henry.

Well you take that as a yes. All right.

Late on Thursday Henry and his chief executive Andrew Thorburn stepped down[2], Henry telling Leigh Sales on ABC 7.30[3] he did not perform well at the commission and had reflected on the criticism.

The more I thought about it, and I can’t tell you how many times I’ve relived that appearance, I understand the criticism. I did not perform well. I really should have performed quite differently. I should have been much more open.

At the time, were you feeling defensive and resentful of being there?

I wasn’t feeling resentful. No. But I can understand why I came across that way. I was feeling defensive and I should not have been.

Defence mechanisms arise when the social order someone has become accustomed to is challenged. They try to restore stability through projection, denial, games, blame, or rationalisation.

In Henry’s case, his first defence mechanism was to deny that his board had engaged in serious misconduct.

One of his opposite numbers at the Commonwealth Bank, chief executive Matt Comyn, tried to suggest that he had had little choice but to continue to sell junk insurance policies on which most people couldn’t claim.

When he was in a more junior position as head of the retail division he complained to the then chief executive Ian Narev, and was told to “temper your sense of justice[4]”.

Three months after that discussion, the bank released a report espousing its commitment to financial literacy[5] and was named “industry mover[6]” on the Dow Jones Sustainability World Index.

Directors may not have sought to directly hurt vulnerable people, but the indirect consequences of their behaviour can’t be ignored: farmers have lost their land, dead people have been charged fees for no service, and First Nations people have been targeted for financial products they could not use[7].

Despite multiple previous inquiries the industry’s behaviour didn’t change because for the most part its directors’ assumptions didn’t change[8]. Cognitive and emotional barriers to unlearning protected the assumption that it was OK to pursue profit at the expense of customers.

Strong financial success and weak law enforcement made it easier.

Since the global financial crisis there has been an increase in reports and brochures about corporate social responsibility as well as advertising espousing values. Some have labelled them window-dressing and organised hypocrisy[9], but it’s just as easy to see them as projection, as the directors and executives fooling themselves.

The finance industry is known to have weaker honesty norms than other industries[10]. Commissioner Hayne was justified in concluding in his final report[11]:

Overall, my fear, that there may be a wide gap between the public face NAB seeks to show and what it does in practice, remains.

The gap between what people say and do isn’t new. Ancient Greeks said deeds are fruit and words were only leaves. The Chinese proverb says talking does not cook rice.

In the days after the release of the final report, Henry and his chief executive said they were taking the recommendations “very seriously” and were the right people to drive cultural change.

When a director says one thing in public but another within the bank, it fosters cynicism and mistrust among their staff.

To create sustainable change, stated values have to become the practised ones.

When done well[13] it can “unleash tremendous amounts of energy towards a shared purpose and foster an organisation’s capacity to thrive”.

Directors wanting to embed a culture based on the commission’s recommendations would do well to observe the lessons from organisation culture theory[14] on primary embedding mechanisms:

Replacing defensive mechanisms with mechanisms for changing a culture isn’t easy. Giving evidence to the Commission Ken Henry said it could take as much as ten years, although on 7.30 on Thursday he said he expected the NAB to do it more quickly.

The steps to take appear common sense - in hindsight. One of the first is to acknowledge the defensive mechanisms that exist. Then you can start untangling them at the top and then throughout the organisation.