Australian banks have been under enormous scrutiny during the financial services royal commission, which reports on Friday. But one thing that hasn’t dominated the headlines is their relationships with their subsidiaries in New Zealand.

Each of Australia’s big four banks owns one of the New Zealand big four.

This has important practical implications, a fact acknowledged by New Zealand’s Financial Markets Authority and the Reserve Bank of New Zealand when they completed their own review[1] into the conduct and culture of New Zealand’s banks in November.

If a systemically important bank gets into difficulties, the host country government usually intervenes with a rescue package and looks after depositors.

This (implicit) guarantee gives those banks a “too big to fail” status. It allows them to borrow funds more cheaply than their smaller competitors because lenders believe the government will come to their rescue if they get into trouble. It also allows them to take greater risks, knowing that, thanks to taxpayers, they will survive regardless.

New Zealand is trying to end that guarantee.

Not in New Zealand

Simply put, if a New Zealand bank fails, the Open Banking Resolution[2] states that the cost will be faced primarily by the bank’s shareholders and creditors rather than by taxpayers.

Households that deposit with it could lose some of their savings.

Suppose a financial crisis hits both countries at the same time – a plausible scenario given the economies of Australia and New Zealand are exposed to similar risks.

The New Zealand bank at risk of failure would not receive a taxpayer-funded bailout. It would turn to its financially-stretched Australian parent for help.

If that help placed the Australian parent at risk, Australian taxpayers might have to come to the rescue. 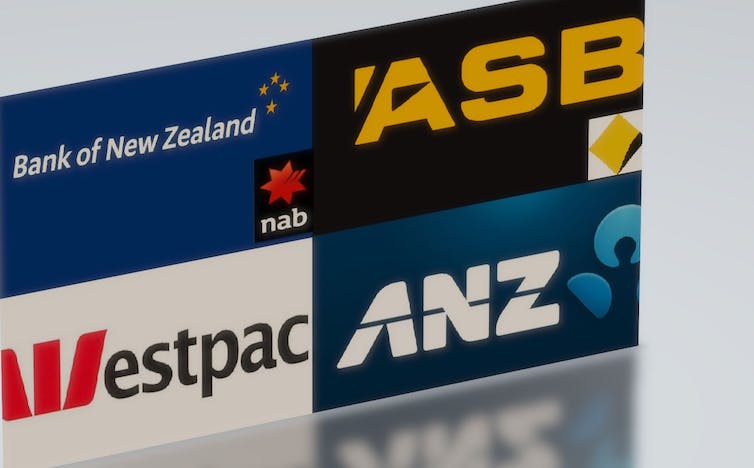 No easy way out

There are problems with each of the obvious solutions.

One would be for New Zealand to legislate deposit insurance and rescind its declaration that its banks will not be bailed out.

From New Zealand’s perspective, it would be unfair: the Australian owners would collect profits from their New Zealand subsidiaries in good times, while relying on New Zealand taxpayers to foot the bill in the bad.

New Zealand regulators would also wear the burden of having to making sure the Australian owners didn’t take excessive risks in New Zealand.

Another solution would be for Australia to follow New Zealand’s lead and declare that it too would stand firm and not bail out important Australian banks.

Such a policy might not be credible. The political cost of allowing households to lose their savings would be hard for elected officials to bear. The government would face considerable pressure to renege on its commitment.

Read more: Bank deposit insurance: Is your money safe and at what price?[3]

A third, intriguing, possibility is that governments around the world could act together and formalise the “too big to fail” guarantee, knowing that other governments would do the same. To offset the burden facing taxpayers, governments could charge those important banks for being too big to fail.

The imminent report of the royal commission would be a good time for us to work out what to do.