The sea cucumber is a marine animal that has a leathery skin but soft body. Its shape and size resembles a cucumber. In Australia we commonly call it trepang, adopted from a Malayan word. It was Australia’s first export to Asia, where it is regarded as delicacy, particularly in Chinese cuisine.

There is evidence fishermen from Makassar, on what is now the Indonesian island of Sulawesi, were visiting the coast of what is now Arnhem Land to collect sea cucumbers as early as the mid-1600s to sell to Chinese merchants. The fishermen camped on the beach to boil and dry[1] their caught trepang, and exchanged goods with the local Indigenous tribes.

Read more: Long before Europeans, traders came here from the north and art tells the story[2]

Through the lens of trade, therefore, the story of modern Australia, a nation interacting with the global economy, begins long before January 26, 1788.

There are many debates that surround Australia Day. But we can all celebrate our history of trade. Like any history, there are episodes of engagement we can’t admire or be proud of. But on the whole, what began with seafood trade on the coast of Arnhem Land has proven a remarkable success.

Two of Hong Kong’s most iconic department stores provide another example of historic interaction with Asia.

Throughout the 19th century large numbers of Chinese, particularly Cantonese, migrated to Australia’s goldfields. As in any gold rush, it was those who ended up selling supplies that usually prospered more than the prospectors (the 19th century equivalents of Atlassian). In Victoria, Chinese merchants became prominent in the development of retail sectors in Ballarat and Bendigo.

Some Chinese migrants who opened stores in Australia eventually returned to China, and took what they had learned with them. 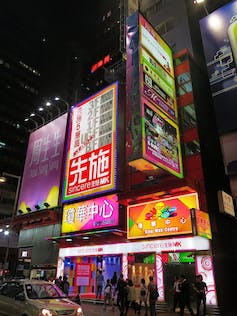 One of those was Ma Ying Piu, who in 1990 does he mean 1890? opened Hong Kong’s first Chinese-owned department store, called Sincere. The store is said to have been inspired by David Jones in Sydney.

Hong Kong’s second Chinese-owned department store, Wing On, was started by brothers Kwok Lok and Kwok Chuen, who returned to China from Australia in 1907. Both businesses opened branches in Shanghai and became two of the “four great department stores of China[5]”.

Such entrepreneurial spirit from around the world enabled the separate Australian colonies to boom for much of the 19th century. Admittedly some paid a heavy price (convicts and Indigenous people treated like slaves, for example). But great economic growth was achieved, as economic historian Ian McLean points out in Why Australia Prospered[6], without a national government or “many of the institutions and sources of advice now regarded as essential for macroeconomic management”, such as trained economists.

The long march to the Asian century

Colonial governments ran trade missions to China, South East Asia and Japan in the 19th century. After federation in 1901, the Commonwealth government set up trade offices in Shanghai, Tokyo and Batavia (Jakarta) before the interruption of World War II. In the post-war era there have been “four waves” of Asian engagement.

The first three were: the Japan-Australia Commerce agreement in 1957; Gough Whitlam’s recognition of China in 1971; and the Hawke-Keating economic reforms between 1983 and 1996.

The fourth wave is the Asian Century. It began after Australia survived the Asian Financial Crisis of 1997-99 and realised its future did lie in Asia.

To get to that point was a long process. Paul Keating might have been the prime minister who most enthusiastically spruiked engagement with Asia, but he was certainly not the first to advocate closer ties.

That was then, and this is now

So that’s some of our history. What about now?

There are many contemporary things we can be cheerful (and proud about) in 2019 that echo our history.

We can be very pleased about successful Indigenous exporters and entrepreneurs - the successors of our first traders from Arnhem Land.

Think of Ros and John Moriarty of Balarinji, the design agency that has developed all of the motifs used by Qantas in its Flying Art series. 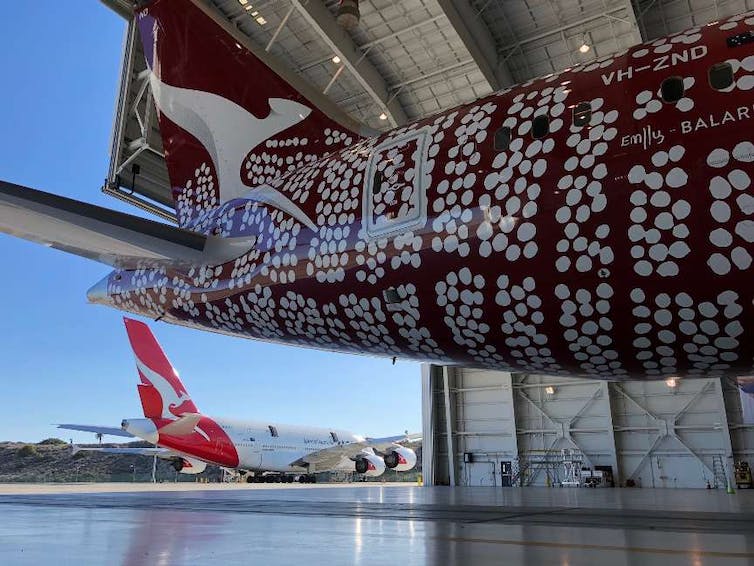 Or Peter Cooley, who founded Blak Markets[7] to provide economic development opportunities to Indigenous people. (He also hosts his own business show.)

Or David Williams and the members of the Bangarra[8] dance company.

At my business school at the University of NSW a new generation of Indigenous business students have just completed summer school. I am hopeful many will become our business stars of tomorrow.

Along with homegrown talent, Australia has been blessed by waves of immigrants rich in the same entrepreneurial spirit that enabled Chinese merchants to prosper despite the racism of the 19th century.

About one in four Australians were born overseas, but they represent one in every two exporters, and two out of every three entrepreneurs. Immigration has been a good story for Australia in terms of trade and entrepreneurial talent.

Read more: How Australian cities are adapting to the Asian Century[9]

The books Why Nations Fail[10] and Why Australia Prospered[11] show Australia has developed much more successful economic institutions (such as property rights) and political institutions (such as democratic rights) than other nations with similar natural resources, agricultural endowments and increases in human capital through immigration.

This is partially due to our successful record as a trading nation.

No nation is perfect. They all have their failures and aspects of their history not to be proud of. But the things we have gotten right are worth remembering.

So even if you throw a shrimp on the barbie, at least remember the sea cucumber.