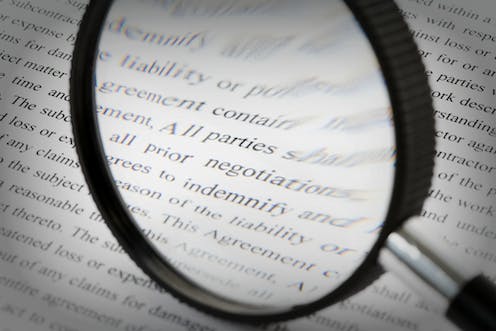 Picking an under-performing superannuation fund can cost you about 13 years’ pay over a working lifetime - roughly the value of an apartment in Melbourne or Sydney.

High fees alone can delete two years’ pay, and poor investment performance can account for the rest. These are just some of many disturbing calculations made by the Productivity Commission in its landmark assessment[1].

Around 5 million super accounts are in chronically under performing funds. The resulting damage to retirement incomes is “nigh impossible to overstate” according to the Commission.

Read more: Productivity Commission finds super a bad deal. And yes, it comes out of wages[2]

Why do so many of us pick super funds that lose earnings by sub-standard management and high fees?

One reason is that many of us actually don’t choose a fund – we let an outdated default system choose for us. Another is that if we do try to choose for ourselves, we face a complex decision, often hidden in a morass of product information, calculators and forms.

Defaults date back to union times

The start of compulsory super in Australia was in industrial claims by unions in the late 1980s for benefits in the form of employer contributions. In 1992 responsibility for ensuring employers paid super was transferred to the the Australian Taxation Office[3]. But the early ties to the wage setting system, and unions and employer organisations, persist.

At present, workers who do not choose their own superannuation fund are given an account in the (default) fund chosen by their employer, commonly from options prescribed in workplace agreements. Consequently, workers often acquire a new super account with each new employer, from a set of funds decided by various industrial agreements.

Read more: How changes noted in the 1992-93 cabinet papers affect our super today[4]

This default fund arrangement means that: first, many people are losing savings to redundant fees and insurance premiums as they change jobs and acquire multiple accounts; second, that vulnerable workers such as women, gig-economy workers, casuals and young people are most affected; and third, that competition for members can be dulled by entrenched relationships between employers and funds.

There is no doubt the default system needs a complete renovation. We should not tolerate multiple fees and charges and persistent underperformance in a system where workers are forced to save.

The Commission proposes that members only ever hold one (default) account, supported by a centralised, online service such as myGov. When people change or add jobs, their super contributions would go to their current active account, unless they decide otherwise.

More controversially, the Commission argues for an expert-selected, shortlist of funds to help new workers pick the first one.

If new workers don’t choose a fund for themselves, they would be (sequentially) allocated to funds on the short-list. The industry fears that the short-list could cause excessive concentration, trickery in order to get on the list, and the demise of good funds that just miss out. The Commission reasons that competition to be on the list will raise fund performance and save defaulting members billions.

Any short list is too long if members don’t have the information they need to make a sound comparison between superannuation entities.

Production Commission video outlining its draft report released in May 2018.

Because we are very bad at fine print…

The report recommends funds publish “simple, single-page product dashboards for all superannuation investment options”. In fact, the Securities and Investments Commission is developing a one-page dashboard for MySuper default products[5], but dashboards can be hard for members to find (hidden behind a lot of “clicks”), difficult to compare, and challenging to understand.

Experiments to assess whether super fund members would be able to detect an under-performing fund using the dashboard, if the under-performance appeared gradually over a period of “years”, show serious weaknesses[6].

In one experiment, participants noticed rising fees, and would switch funds to avoid them, but would tolerate low returns for very long periods. One of the main items on the dashboard is a graph that’s designed to show historical investment performance against the fund’s target. However, experiment participants rated the graph as hard to use because of its complication.

…and find it hard to understand risk

Most concerning was how poorly participants understood information about risk. It is hard to overstate the importance of a grasp of investment risk to a sound comparison of superannuation funds. About 70% of default account balances are invested in risky “growth” assets that earn higher average returns by accepting higher variability of returns.

Unfortunately, the industry (and regu

Read more: The Productivity Commission inquiry was just the start. It's time for a broader review of super and how much it is needed[7]

latory) rules mean risk information only shows the likelihood of negative returns, not the range of possible returns. Fewer than 20% of participants in the experiment were able to answer simple comprehension questions[8] about the risk information correctly.

The Commission rightly recommends the dashboards be simple and effective, that they promote comparisons and be easy to find at critical times for decisions.

But it’s also important to realise many workers, especially young or new workers, are unlikely to be able to use the dashboards to choose well. It’s why we need good defaults.

Read more: The Productivity Commission inquiry was just the start. It's time for a broader review of super and how much it is needed[10]