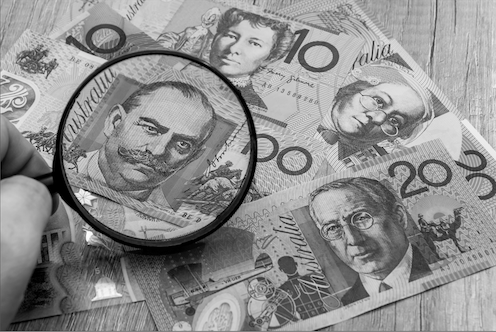 Want more to retire on?

In its long-awaited final report[1] on the efficiency and competitiveness of Australia’s leaky superannuation system, Australia’s Productivity Commission provides a roadmap[2].

Weeding out scores of persistently underperforming funds, clamping down on unwanted multiple accounts and insurance policies, and letting workers choose funds from a simple list of top performers would give the typical worker entering the workforce today an extra A$533,000 in retirement[3].

Even Australians at present in their mid fifties would gain an extra A$79,000.

If this government or the next cares about the welfare of Australians rather than looking after the superannuation industry it’ll use the recommendations to drive retirement incomes higher.

So why the continued talk (from Labor) about lifting compulsory super contributions from the present 9.5% of salary to 12%, and then perhaps an unprecedented 15%[4]?

It’s probably because (and Paul Keating, the former treasurer and prime minister who is the father of Australia’s compulsory superannuation system says this) they think the contributions don’t come from workers, but from employers.

To date, they’ve been dead wrong. And with workers’ bargaining power arguably weaker[5] than in the past, there’s no reason whatsoever to think they’ll be right from here on.

Past super increases have come out of wages

Australia’s superannuation system requires employers[6] to make the compulsory contributions on behalf of their workers. Right now that contribution is set at 9.5% of wages and is scheduled to increase incrementally to 12% by July 2025.

It’s that while employers hand over the cheque, workers pay for almost all of it via lower wages. Bill Shorten, then assistant treasurer, made this point in a speech[7] in 2010:

Because it’s wages, not profits, that will fund super increases in the next few years. Wages are the seedbed of the whole operation. An increase in super is not, absolutely not, a tax on business. Essentially, both employers and employees would consider the Superannuation Guarantee increases to be a different way of receiving a wage increase.

The Henry Tax Review[8] and other investigations[9] have found this is exactly what happens. Increases in the compulsory super contributions have led to wages being lower than they otherwise would have been.

Even Paul Keating, speaking in 2007, made this point[10]. Compulsory super contributions come out of wages, not from the pockets of employers:

The cost of superannuation was never borne by employers. It was absorbed into the overall wage cost […] In other words, had employers not paid nine percentage points of wages, as superannuation contributions, they would have paid it in cash as wages.

This is more than mere theory. Compulsory super was designed to forestall wage rises. Concerned about a wages breakout in 1985, then Treasurer Paul Keating and ACTU President Bill Kelty struck[11] a deal to defer wage rises in exchange for super contributions.

When the Super Guarantee climbed from 9% to 9.25% in 2013, the Fair Work Commission stated[12] in its minimum wage decision of that year that the increase was “lower than it otherwise would have been in the absence of the super guarantee increase”.

The pay of 40% of Australian workers is based[13] on an award or the National Minimum Wage and is therefore affected by the Commission’s decisions. For these people, there is no question: their wages are lower than they would’ve been if super hadn’t increased.

When compulsory super was introduced via awards in 1986, workers’ total remuneration (excluding super) made up 63.3% of national income. By 2002, when the phase-in was complete, it made up 60.1%.

Out of the 26 countries for which the Organisation for Economic Co-operation and Development has data, Australia recorded the tenth largest slide[15] in the labour share of national income during the period compulsory super contributions were ramped up.

Read more: The superannuation myth: why it's a mistake to increase contributions to 12% of earnings[16]

Of course, changes in super aren’t the only thing that affects workers’ share of national income.

But the size of the fall in the labour share in Australia over the period when the super guarantee was increasing isn’t consistent with the idea that employers picked up the tab for super.

Would it be different this time?

Paul Keating argues[17] that while in the past lifting compulsory super to 9.5% was paid for from wages, a future increase to 12% today would not be:

Workers are not getting real wage increases anywhere, and can’t get them. The Reserve Bank governor makes the point every week. So the award of an extra 2.5% of super to employees via the super guarantee will give them a share of productivity they will not get in the market – without any loss to their cash wages.

But such claims are difficult to square with concerns[18] that workers’ weak bargaining power is one of the reasons current wage growth is so weak.[19]. If employers don’t feel pressed to give wage rises, why would they feel pressed to absorb an increase in the compulsory Super Guarantee?

And while real wages (wages adjusted for inflation) haven’t grown particularly quickly, the dollar value of wages continues to grow: by 2.2%[20] a year over the past five years. It would be easy for employers to simply reduce those increases to offset any increase in compulsory super – as they have in the past.

The Grattan Institute’s recent report, Money in Retirement[21], showed increasing the compulsory super would primarily benefit the top 20% of Australians. It would hurt the bottom half during working life a lot more than it helps them once retired.

Lifting compulsory super would also cost the budget[24] A$2 billion a year in extra tax breaks, largely for high-income earners, because it is lightly taxed.

That would mean higher taxes elsewhere, or fewer services.

For low-income Australians, increasing compulsory super contributions would be a thoroughly bad deal. It means giving up wage increases in return for no boost[25] in their retirement incomes.

A government that wanted to boost the living standards of working Australians both now and in retirement would consider carefully all of the Productivity Commission’s suggestions including this one: an independent inquiry into the whole idea and effectiveness of Australia’s regime of compulsory contributions, to be completed ahead of any increase in the Superannuation Guarantee rate [26].

Read more: Why we should worry less about retirement - and leave super at 9.5%[27]