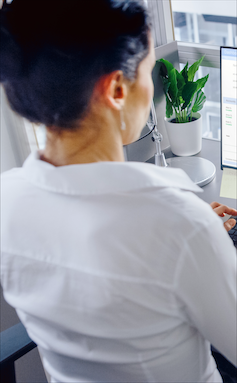 Most market economists thought the bank would raise rates, but they were divided as to whether the bank would start small by lifting rates from 0.10% to 0.25%, or jump all the way to 0.50%.

The bank seems to have been similarly torn, and come in halfway between.

The hike comes despite the bank’s previous statements that it was keen to wait until the latest data on wages[3], due in a fortnight (just before the election).

Last Wednesday’s inflation news[4], which showed prices climbing much faster than expected, forced the bank to revise its stance and act quickly to tap on the brakes.

Indeed it is now just above the target band.

The only question the Reserve Bank board had to consider was whether inflation was sustainably back in the target band, something it has said it would need to see before it lifted rates.

A sustainable[6] increase in prices is only likely when wages are also growing faster, which is why the bank was initially planning to wait for the wage news.

But it says its business liaison program (the regular meetings it has with businesses) has told it businesses are expecting to lift wages by much more than they have so far, meaning the official wage growth figures should be about to climb.

These wage rises would be driven by the difficulty in finding staff, and greater demands from staff given what’s happening to the cost of living. Workers may be becoming keener to walk if they don’t get what they want.

The higher inflation has been driven by a series of large, hopefully temporary, shocks, most notably Russia’s invasion of Ukraine, Australia’s floods, and the COVID lockdowns in China.

We don’t know how long the foreign shocks will last, but if they quickly subside, it would take domestic price pressure to make high inflation sustainable.

The Reserve Bank never lifts rates once. In his press conference, Lowe said it was “not unreasonable” to expect the cash rate to climb to 2.5%[9].

“How quickly we get there, and if we do get there, will be determined by how events unfold,” he added, pointing out that 2.5% is the middle of the bank’s target band for inflation, meaning that when the cash rate gets there it will be zero in inflation-adjusted terms, rather than negative as it is at the moment.

Read more: Why the RBA should go easy on interest rate hikes: inflation may already be retreating and going too hard risks a recession[10]

Financial markets are pricing in 2.5% by the end of the year[11]. That implies another two percentage points of hikes over the next six meetings, something that would mean a hike each and every month for the rest of the year.

Many doubt that rates will rise that high that fast. However, over the past year the market pricing has proved more accurate than economists and the Reserve Bank’s own guidance, as the governor conceded in his press conference, describing his guidance as “embarrassing[12]”.

“We were told thousands of Australians would die from the pandemic, hospitals will be full, that we would have double-digit unemployment, perhaps 15% unemployment, that deep scarring would last for years, perhaps decades,” he said, indicating things had turned out far better than government advisers expected.