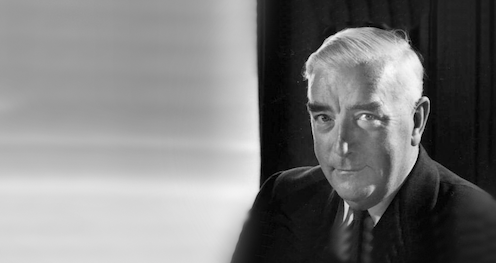 What’s the boldest thing the Morrison government could do in next month’s budget?

Neither have happened for half a century; not since the long Coalition reign of Robert Menzies and his successors from the 1950s to the early 1970s, when unemployment was between 2 and 3%.

Astoundingly, both are now within Treasurer Josh Frydenberg’s reach in a way they weren’t mere weeks ago.

This time last year, the official budget strategy (its formal title is fiscal strategy[1]) pledged to maintain economic support until the unemployment rate was “comfortably below 6%[2]”.

Frydenberg ditched that target on the ground it was unambitious in the May budget, replacing it with a commitment to spend until the recovery was “secure and the unemployment rate is back to pre-crisis levels or lower[3]”.

But – even projecting forward all the way out to 2025 – Frydenberg couldn’t promise an unemployment rate below 4%. There wasn’t the demand for workers to support it.

Suddenly, below 4% is possible

Even as late as December last year in the mid-year budget update, the best the treasury could forecast was an unemployment rate of 4.25%[4], which wouldn’t be reached until mid-2023 and wouldn’t be bettered in forecasts stretching out to mid-2025.

Then in January, we learnt that in December itself the unemployment rate had dipped below the forecast to 4.2% a year and a half early.

And it was the real thing. The unemployment rate hadn’t been cut artificially by people withdrawing from the search for work because of lockdowns (as had happened temporarily earlier in the year). Unemployment fell by 62,200 in December because an extra 64,800[5] people found work.

The proportion of the population aged 15 and over in work is the truest measure of employment, because it’s unaffected by whether or not someone calls themselves unemployed. In December last year, that had climbed to 63.3% – a record high.

Several countries, including Singapore, South Korea and New Zealand[7], do even better, suggesting we can push employment higher still.

And the jobs have come with hours. All but a few of the extra jobs created over the past year have been full-time. In December the total number of hours worked hit an all-time high. The proportion of workers underemployed (not getting the hours they want) sank to a record low.

The 50-year low is closer than it seems

The unemployment rate was better than it looked. Calculated to several decimal places rather than the usual single place, the December rate was 4.157% – within a hairsbreadth of the historic low of 3.981% achieved in February 2008 at the height of the mining boom; the only time in the modern era the rate slipped below 4%.

To get below 4% from here on, and to get below the previous long-term low, would only require an extra 25,000 people in jobs.

That’s what makes a budget forecast of an unemployment rate beginning with a “3” – the first since the 1970s – suddenly plausible. On Tuesday the Reserve Bank governor[8] and the prime minister[9] said they expected it this year.

ABS job vacancies, seasonally adjusted[10] Making something much better plausible – what until recently was a barely imaginable unemployment rate beginning with “2” – is the number of vacant jobs on offer. In November, the Bureau of Statistics survey found a record 396,100 jobs on offer, so many as to mean one job for every 1.7 people looking. The more usual ratio, back in the days before COVID, was one vacancy for every three unemployed people looking. More vacancies than ever If half of those job vacancies (198,000) were filled by someone presently unemployed, the unemployment rate would fall to 2.7%. Which is another way of saying an unemployment rate lower than 3% – an unemployment rate beginning with “2” – is within reach. A budget that forecast a rate lower than 4%, but adopted as a target or stretch forecast an unemployment rate lower than 3%, would make history. Read more: An unemployment rate below 4% is possible. But for how long?[11] It would have to set out the means to achieve it, one of which would be to adopt a new fiscal strategy that committed the government to “invest in a stronger economy” (the words in the existing fiscal strategy[12]) until unemployment is between 2% and 3%. The existing strategy commits the government to invest in a stronger economy until unemployment is down to “where it was prior to the pandemic or lower”. What’s missing? A target and more help for job-seekers The target would delay budget repair by only a few years, and it would make that repair quicker when it started because hundreds of thousands more Australians would be paying tax and no longer claiming JobSeeker. And it would lock in an expectation of permanently lower unemployment, in the same way as the Reserve Bank’s success in crushing inflation in the 1990s locked in an expectation of permanently low inflation[13]. If the government articulated the target, the Reserve Bank would be likely to assist. Full employment[14] is the second of the three goals spelled out in its charter. The government would also have to do much more of what it started in its last budget, which is to set up programs[15] to make unemployed workers more job-ready and make employers more likely to hire them. It’s within reach for Labor, or the Coalition Some of that is already happening as the large number of vacancies and low number of unemployed forces employers to take on people they wouldn’t have before. Many will be glad. Often the only thing that’s “wrong” about a worker who has been out of work for a long time is that they have been out of work for a long time. As employers discover that, they are likely to find it is easier to fill vacancies than they thought. Read more: Top economists expect RBA to hold rates low in 2022 as real wages fall[16] An unemployment target of 2-3% would be game-changing, and it’s within reach. The last side of politics to preside over ultra-low unemployment was the Coalition, making it natural that Morrison and Frydenberg should take up the mantle of Robert Menzies and his treasurer Harold Holt. If they won’t, it’s an opening for Labor. There’s a chance to all but eliminate unnecessary unemployment in Australia. Not in 50 years have we been this close. References^ fiscal strategy (cdn.theconversation.com)^ comfortably below 6% (archive.budget.gov.au)^ pre-crisis levels or lower (budget.gov.au)^ 4.25% (budget.gov.au)^ 64,800 (www.abs.gov.au)^ ABS Labour Force (www.abs.gov.au)^ Singapore, South Korea and New Zealand (data.worldbank.org)^ governor (www.rba.gov.au)^ prime minister (www.pm.gov.au)^ ABS job vacancies, seasonally adjusted (www.abs.gov.au)^ An unemployment rate below 4% is possible. But for how long? (theconversation.com)^ existing fiscal strategy (cdn.theconversation.com)^ permanently low inflation (theconversation.com)^ Full employment (www.rba.gov.au)^ programs (theconversation.com)^ Top economists expect RBA to hold rates low in 2022 as real wages fall (theconversation.com)Authors: Peter Martin, Visiting Fellow, Crawford School of Public Policy, Australian National University