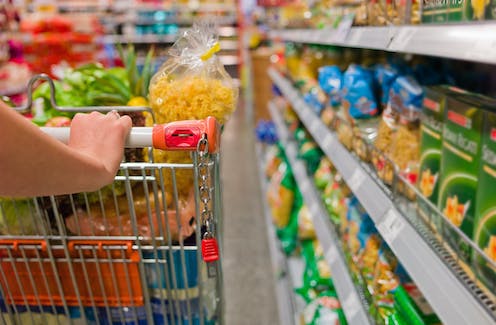 There is no doubt life is becoming much more expensive in New Zealand as inflation hits a three-decade high[1], influenced by both domestic and international factors such as increased food, energy and housing costs, pent-up demand for consumer goods, and ongoing supply-chain disruptions.

Price increases have been led by the essential goods and services — food, housing and transport. Annual food prices were 4.5% higher[7] in December 2021 than they were a year previously, rents increased 3.8%[8] and petrol prices leapt 30%[9].

But as Prime Minister Jacinda Ardern has rightly said[10], “we are not alone in experiencing high rates of inflation”.

The question will be: how do we support those lower-income households most disadvantaged by these trends?

This global inflation has many causes, including the effects of trillions of dollars[15] of fiscal and monetary stimulus[16], pent-up demand, increases in shipping costs, ongoing supply-chain disruptions, and rising energy prices.

According to the Freightos Baltic Index, which reports daily prices of containers shipped by ocean and air, shipping costs in May 2021[17] were more than 200% higher than in May 2020.

A 20-foot container from Shanghai to New Zealand[19], which cost around US$500 prior to the pandemic, was costing businesses around US$5,000 in September 2021.

The cost of moving a container from Shanghai to NZ rose from US$500 before the pandemic to about US$5,000 in September 2021. Shutterstock

In October last year it raised the OCR[23] by 25 basis points (a quarter of a percentage point) to 0.50% – significantly, the first OCR rise in seven years, followed soon after in November with another hike[24] to 0.75%.

This was expected[25], and I anticipate a follow-up hike of the same magnitude in February.

In fact, the most likely scenario is that the RBNZ will continue to raise the OCR in measured steps of 25 basis points, with the cash rate reaching 2% following its August 2022 policy decision.

That said, if economic risks increase at the domestic and global levels, we can expect to see increases of 50 basis points from some of the policy decision meetings.

Recent research[27] suggests American households in different income groups did not experience the 7% inflation rate the same way: it felt like 7.2% for the lowest-income households and 6.6% for the highest-income families. The main cause of this gap is the increase in grocery and gas prices.

I think we have a similar situation in New Zealand, where price increases for food, transport and housing are particularly harmful[28] for low-income households.

On top of that, real wages are shrinking for those same households.

Wages are measured in dollars – known as the nominal wage – but what matters when you go to a supermarket is your real wage, measured in terms of the goods you can afford to buy.

The real wage is calculated by dividing the nominal wage by a price index such as the CPI. A concern with inflation is that real wages can fall even if nominal wages don’t. And this is happening in New Zealand.

While wages have increased, they haven’t come close[29] to keeping pace with inflation.

How should the government address the impact on low-income households? Already there have been calls for an increase to the minimum wage[30]. But would this work?

An earlier survey[31] of the effects of the minimum wage on prices reviewed several US studies and summarised that a 10% minimum wage increase raises food prices by no more than 4%.

This sounds promising: minimum wage increases may not cause real wages to decline. However, it’s only one side of the story.

As has been discussed elsewhere[32], the short-run gains of higher minimum wages can be completely offset by the harmful long-term effects: increasing costs for firms, higher unemployment in the post-COVID era.

Read more: Inflation: why it could surge after the pandemic[33]

An alternative is directly targeting relief funds for short-term support. An example of this has been the University of Otago’s Pūtea Tautoko Student Relief Fund[34], helping with rent and food for students experiencing financial hardship due to the pandemic. I expect many students will apply again in 2022.

Such schemes could be applied more widely, with local government agencies working with local businesses to identify households that need urgent relief. I would support this as a short-run relief option.

But while it’s true inflation and declining household purchasing power will be pressing concerns in 2022 (and possibly into 2023), we should not forget the future well-being of New Zealanders will be determined by sustainable long-run economic growth.

Many of the same headwinds we faced before COVID-19, such as low productivity growth[35], demographic challenges[36] (including population ageing) and the lack of investment options[37], will still be with us in the years ahead – even if the Reserve Bank can control the pace of price increases in the short term.