Many coastal communities are pondering what to do. Should they build massive seawalls in a bid to protect existing infrastructure? Do they give up on their current coastal locations and retreat inland? Or is there another way?

In the US, the US Army Corps of Engineers has proposed building a 20-foot high giant seawall[1] to protect Miami, the third most populous metropolis on the US east coast. The US$6 billion proposal is tentative and at least five years off, but sure to be among many proposals in the coming years to protect coastal communities from storms.

Read more: A 20-foot sea wall won’t save Miami – how living structures can help protect the coast and keep the paradise vibe[2]

But seawalls are expensive to build, require constant maintenance and provide limited protection.

Consider China, which already has a huge number of seawalls built for storm protection. A 2019 study[3] analysed the impact of 127 storms on China between 1989 and 2016.

Coastal wetlands were far more cost effective in preventing storm damages. They also provided many other ecosystem services that seawalls do not. 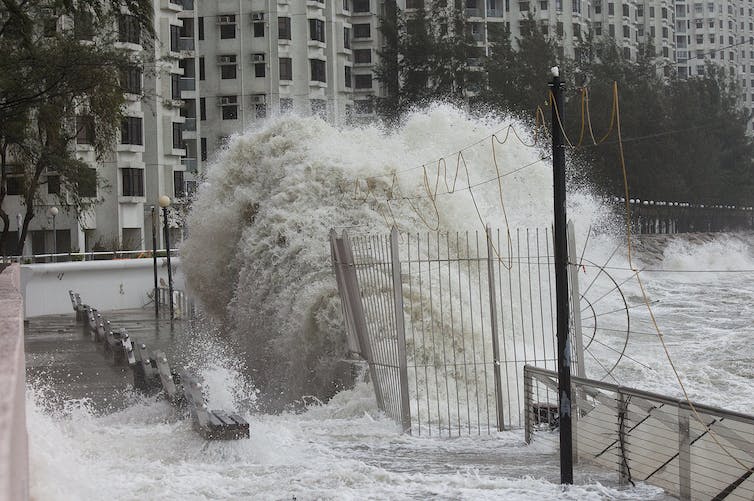 Coastal wetlands reduce the damaging effects of tropical cyclones on coastal communities by absorbing storm energy in ways that neither solid land nor open water can.

The mechanisms involved[4] include decreasing the area of open water (fetch) for wind to form waves, increasing drag on water motion and hence the amplitude of a storm surge, reducing direct wind effects on the water surface, and directly absorbing wave energy. 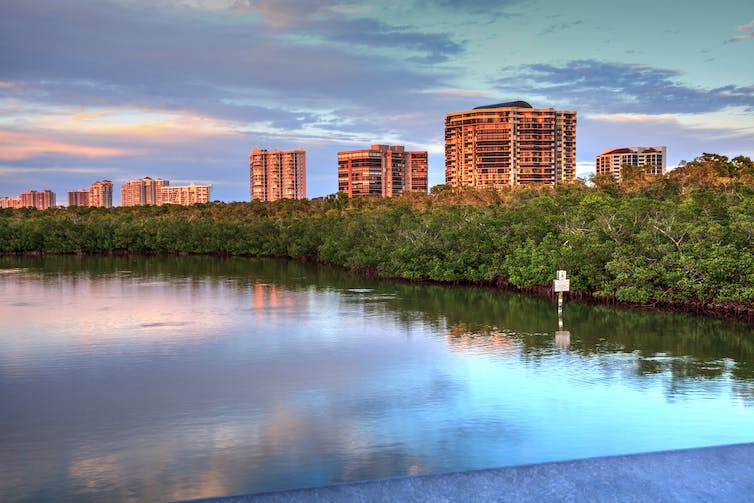 Coastal wetlands can absorb storm energy in ways neither solid land nor open water can. Shutterstock

In 2008 I and colleagues estimated coastal wetlands in the US provided storm protection services worth US$23 billion a year.

Our new study[5] estimates the global value of coastal wetlands to storm protection services is US$450 billion a year (calculated at 2015 value) with 4,600 lives saved annually.

To make this calculation, we used the records of more than 1,000 tropical cyclones since 1902 that caused property damage and/or human casualties in 71 countries. Our study took advantage of improved storm tracking, better global land-use mapping and damage-assessment databases, along with improved computational capabilities to model the relationships between coastal wetlands and avoided damages and deaths from tropical cyclones.

The 40 million hectares of coastal wetlands in storm-prone areas provided an average of US$11,000 per hectare a year in avoided storm damages. 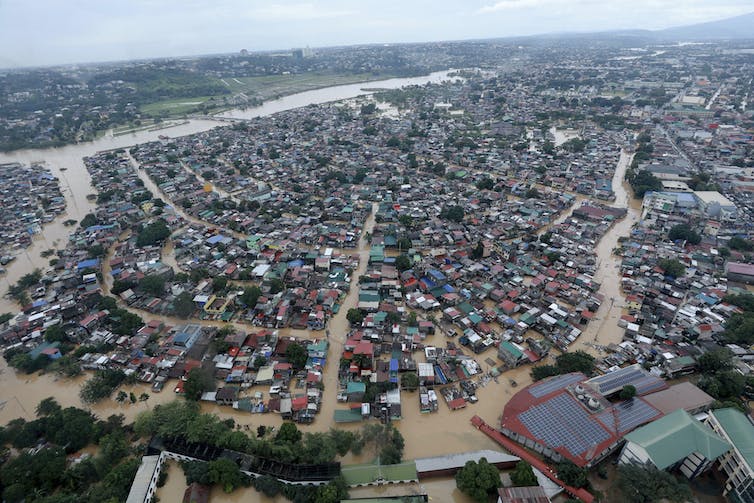 In 2014[7] I and colleagues estimated the value of other ecosystem services provided by wetlands (over and above storm protection) at about $US 135,000 a hectare a year.

But land-use changes, including the loss of coastal wetlands, has been eroding both services. Since 1900 the world has lost up to 70%[8] of its wetlands (Davidson, 2014).

Preserving and restoring coastal wetlands is a very cost-effective strategy for society, and can significantly increase well-being[9] for humans and the rest of nature.

With the frequency and intensity of tropical cyclones and other extreme weather events projected to further increase, the value of coastal wetlands will increase in the future. This justifies investing much more in their conservation and restoration.