While the financial well-being of everyday Australians has been hit hard by COVID-19, it’s quite the opposite at the top end of town.

“Australia’s billionaires have thrived during the pandemic year”, is how the AFR puts it[1]. But let’s not laud this as an achievement.

It’s a glaring signal the system is stacked. Through the worst economic crisis in a generation, the elite got richer while millions of Australians just hung on, or saw their slim assets evaporate.

In 2020, as lockdowns were enforced across the country, unemployment and underemployment soared. Even for those in stable jobs, wages growth was stagnant.

To cope, more than 3 million Australians withdrew more than $37 billion[2] from their superannuation.

Collectively the Australian people also took on a debt of A$311 billion[3] through federal government spending to mitigate the effects of the pandemic. National debt is expected to grow to $1 trillion[4] by the mid-2020s.

Read more: COVID-19: how rising inequalities unfolded and why we cannot afford to ignore it[5]

Who’s got the loot?

Meanwhile the wealthiest Australians got wealthier.

Their campaign a decade ago[6] against the resources profits super tax has proved to be most profitable. 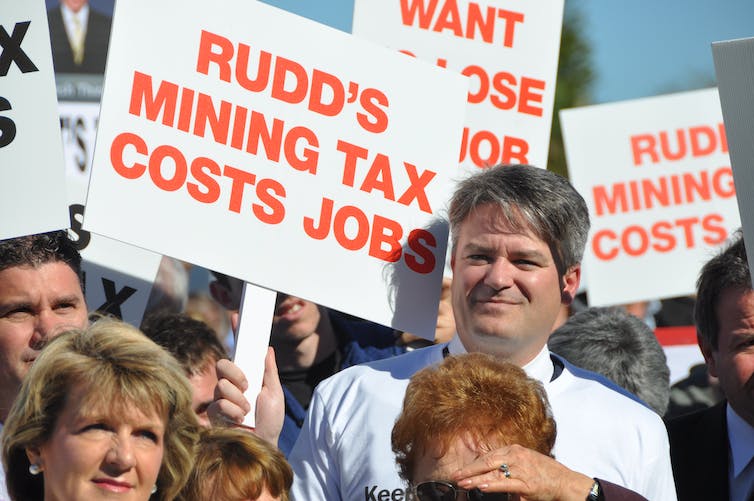 Wealth from privatising the value of land, either by digging it up or building on it, accounts for almost half of the wealth of the top 200 – $107.8 billion for the resources sector and $105 billion for property.

Next comes the technology sector ($78.4 billion). The two co-founders of collaboration software company Atlassian accounted for half of that. Mike Cannon-Brooks is third spot with $20.18 billion and Scott Farquhar fifth with $20 billion.

Atlassian has courted controversy over how little tax it pays in Australia, with the AFR’s own columnist Joe Aston calling Cannon-Brooks an “epic freeloader[7]” in February 2020 over Atlassian’s aggressive approach to tax avoidance.

The pandemic has been good for the rich

The 2021 rich list[9] shows the extent of economic inequality in this country, as well as the increasing prevalence of the wealthiest Australians. Internationally, Australia is the country with the fifth-highest number[10] of “ultra-high-wealth” citizens.

The good fortune of Australia’s ultra-rich follows the same pattern elsewhere in the world.

A study by the US progressive think tank the Institute for Policy Studies[11] has called 2020 a “billionaire bonanza”, with the long trend in growth in the ultra-rich uninterrupted by the pandemic. The Biden administration has proposed increasing taxes on the wealthy[12] as a way of funding services such as child care and education.

In Australia, the Morrison government has no such plans.

But if COVID-19 has taught us anything, it is that with real political will governments have the power to intervene in the economy at a fundamental level. Lockdowns, border controls, wage subsidies and massive borrowing and expenditure to stimulate the economy have all been bold and unprecedented policies.

Yet when it comes to demanding that the ultra-rich pay a little more and address economic inequality, the same level of political will is nowhere to be seen.

If we really are all in this together, it’s time for that to change.